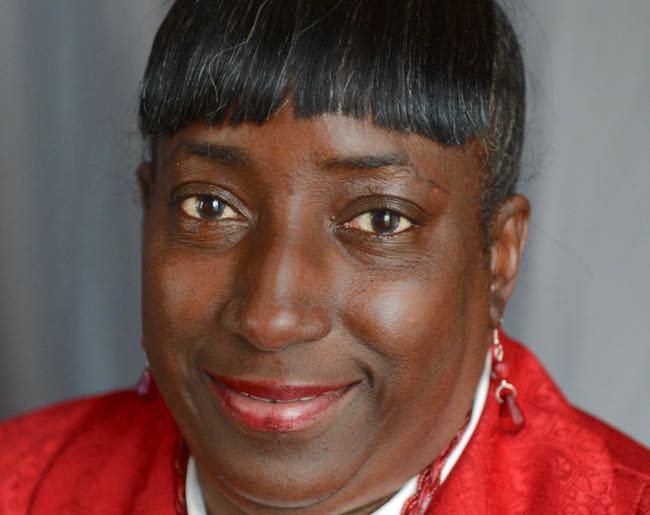 State Rep. Sandra Scott filed a broad civil rights bill that would protect LGBTQ people and others from discrimination in housing, employment and public accommodations.

Scott (top photo), a Democrat from Rex about an hour south of Atlanta, pre-filed House Bill 19 on Jan. 8. The legislative session started on Monday.

Jeff Graham, executive director of Georgia Equality, said he was “pleasantly surprised” to see House Bill 19 show up on a list of pre-filed bills before the session started.

“It shows that members of the General Assembly are paying attention and understand the importance of having a discussion of how to protect all Georgians against discrimination,” Graham said.

“We are extremely happy to see Rep. Scott's leadership on this issue and look forward to working with her and others in 2019 to continue this vital conversation,” he added.

Georgia is one of only three states without comprehensive civil rights protections for people in employment, housing and public accommodations.

HB 19 would “expand and clarify” Georgia law to prohibit discrimination, according to the text of the bill.

It would also “safeguard against the discrimination prohibited herein and shall be construed in light of federal judicial and administrative interpretations of similar federal civil rights laws,” according to the bill.

Current Georgia law prohibits people from refusing to sell or rent a dwelling to someone due to their race, color, religion, sex, disability, familial status or national origin. HB 19 would add sexual orientation and gender identity to that list of protected classes.

Georgia is one of only five states without protections against discrimination when it comes to public accommodations — Alabama, Mississippi, North Carolina and Texas are the others. HB 19 would add those protections.

“All persons shall be entitled to the full and equal enjoyment of the goods, services, facilities, privileges, advantages and accommodations of any place of public accommodation without discrimination or segregation on the basis of race, color, religion, sex, sexual orientation, gender identity, age, disability or national origin,” the bill said.

Under HB 19, a victim of such discrimination would be able to file “a civil action for preventive relief, including an application for a permanent or temporary injunction, restraining order or other order,” according to the text of the bill.

HB 19 would also make it illegal to fire or refuse to hire someone because of their race, disability, religion, sex, sexual orientation, gender identity, age or national origin. This would cover both public and private employees.

House and Senate Democrats filed similar legislation in 2017, but both bills failed to get a hearing. Scott was a co-sponsor of the House version.

A House resolution calling for the creation of a committee of lawmakers to study civil rights legislation also failed to get a hearing that year.

A patchwork of protections for LGBTQ people is in place in cities and counties across Georgia. Atlanta and Doraville are the only municipalities in the state that prohibit discrimination based on sexual orientation and gender identity in employment, housing and public accommodations.

House Bill 19 has no co-sponsors yet. Scott did not respond to Project Q’s request for comment on her bill.