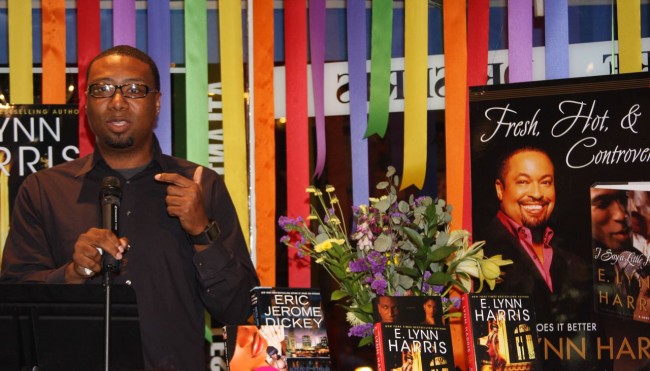 A collection of authors, friends and family of best-selling author E. Lynn Harris joined together Tuesday to launch the national tour for “Mama Dearest,” the 12th—and final—novel from the gay Atlanta author.

Harris died of a heart attack July 23 while on a West Coast trip to work on expanding his novels into a franchise including movies and other creative outlets. The author completed “Mama Dearest” before his death, but the book had not yet been released. 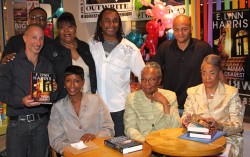 Outwrite also hosted a Sept. 6 tribute to Harris, attracting scores of fans who remembered the author, delivering personal anecdotes and poignant stories of their interactions with him. (View photos from the event.)

In “Mama Dearest,” Harris takes readers on a wild, passion-filled tour of the entertainment world, delivering sensual thrills and electric plot twists. The novel also includes one unforgettable woman of radiant star power at the heart of the action. That character, one of Harris’ most memorable, is Yancey Harrington Braxton, working her way back to Broadway and beyond with all the drama associated with a diva supreme.

View the Project Q Atlanta photo album from the tour launch at Outwrite.