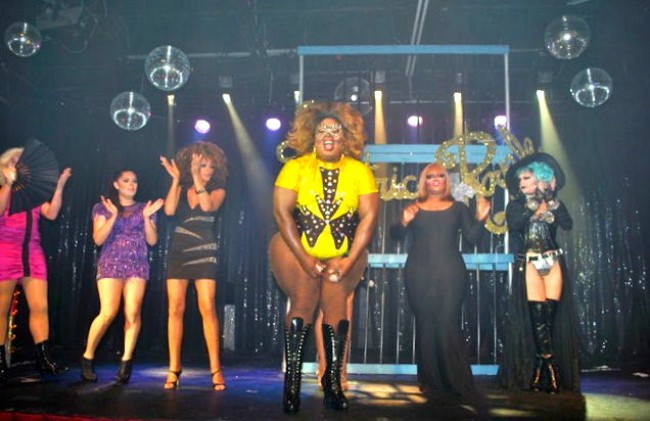 The collaboration between “RuPaul’s Drag Race” and Jungle’s Fantasy Girls created another milestone last week when popular Season 4 alum Latrice Royale served as the special guest for an adoring crowd.

RuPaul’s big girl with the big heart packed in the fans on a school night for yet another fourth-Wednesday edition of the show. Fantasy Girls organizer and Atlanta’s own Phoenix is of course a “Ru” girl herself. So the connection has made for a powerful resurgence for the show with big-production numbers by its local drag heroes cast (top photo with Royale).

The cast turned it out again with Royale, after a May debut with “RuPaul’s” Morgan McMichaels in May (photos) and a still-talked about, controversy laden appearance by Season 4 winner Sharon Needles last month.

The indefatigable, disqualified “RuPaul” Season 5 contestant William, who likes to “Chow Down on Chick-fil-A”, at least in hilarious spoofs, takes center stage with the Fantasy Girls cast on Aug. 15.