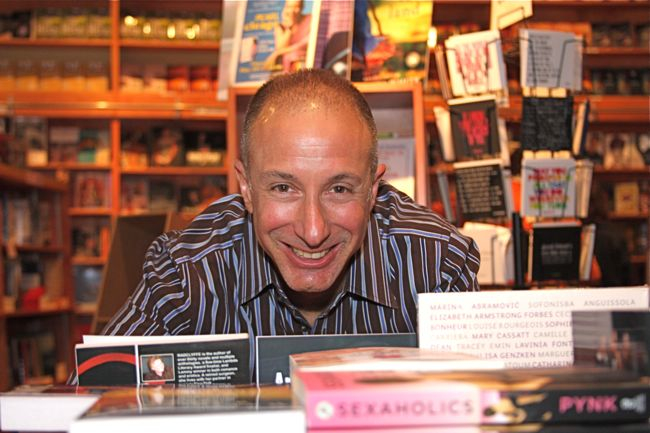 So here’s why Outwrite has put everything that’s not nailed down – and even some of that – on sale at steep discounts. The iconic gay bookstore closes its Midtown locale on Wednesday. For good.

The store’s last call came a bit abruptly. Last week, Outwrite owner Philip Rafshoon said he hadn’t yet set a closing date for the store as he announced “Last Tango at Piedmont & Tenth” on Jan. 24 as a final showcase for what the store does best – highlighting talented LGBT and gay-friendly authors.

“We expect to be moving sometime in mid-February and I don’t know the exact place yet,” Rafshoon (photo) said on Jan. 18. “We have several things in mind and we are just waiting to see what happens with them. Seeing as we don’t have one exact date, we wanted to have one big author bash here.”

But, according to the GA Voice, last call comes Wednesday night.

Owner Philip Rafshoon confirmed the store was closing today. He said there is no new location picked out yet. The store is selling all of its infrastructure, including bookshelves, tables and chairs. The store must have its inventory out by [Thursday].

“The Atlanta City Council is pleased to honor Phillip Rafshoon, the founder of Atlanta’s iconic Outwrite Bookstore and Coffeehouse — a city landmark and one of the most visible and gay, lesbian, bisexual and transgender establishments in the nation,” the proclamation reads. “We wish you well and even greater success as you continue to serve the people and visitors to our great city.”