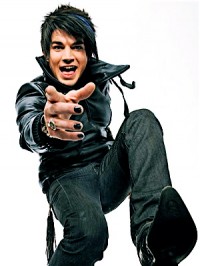 The gayest of the gay “Idol” runner ups announced 22 tour stops this summer, but even if we are the gayest city in America, Adam Lambert fans in the ATL won’t be able to catch him here.

Just a month after finding out Atlanta isn’t gay enough for “Glee,” the Glam One gave us the same middle finger, announcing May 15 through Sept. 18 dates from Wilkes-Barr, Pa., to St. Petersburg, Fla., but no stops in Georgia.

If you’re a diehard Glambert fan and are willing to travel to see your boy—you know who you are—Southeast dates include Charlotte, N.C., on July 2, Knoxville, Tenn., on July 6 and the aforementioned tour finale in St. Petersburg on Sept. 18.