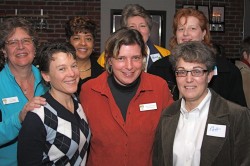 Some ladies lunch, but the lesbians of Fourth Tuesday dine with cocktails. And so they did Tuesday as the group returned to Carpe Diem in Decatur for its monthly dinner.

More than 60 women were on hand for the evening, which is the fourth installment in the group’s reincarnation of a popular event series from the late 1980s. Carpe Diem donated a portion of the proceeds from the event to Fourth Tuesday. 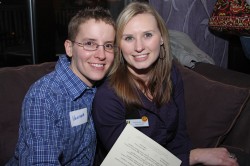 The group, the social networking arm of the Atlanta Lesbian Health Initiative, started its latest dinner series in November at Carpe Diem. Fourth Tuesday offers several chapters across the region.

Next up for Fourth Tuesday: Its monthly happy hour at Paris Decatur on March 12.