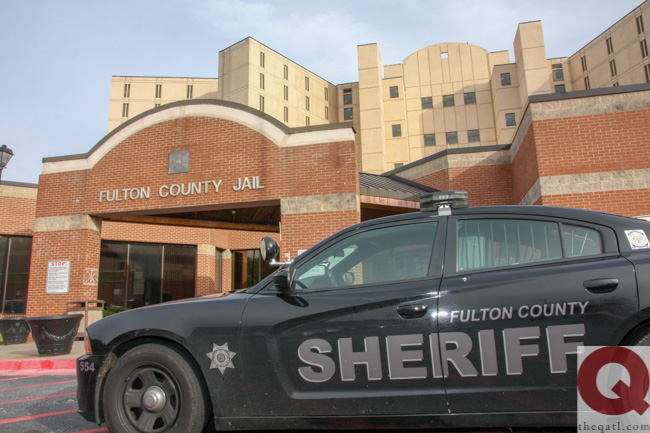 Less than two-thirds of HIV-positive inmates in the Fulton County Jail received medication to treat the virus last year, leading a prominent HIV activist to criticize the company that provides healthcare at the jail and the county commissioners who oversee it.

Birmingham, Ala.-based NaphCare – which provides healthcare to inmates at correctional facilities in more than 25 states – recently had its nearly $21 million contract with the Fulton jail renewed by the Fulton County Commission. That move – coming on the heels of a steep drop in the percentage of HIV-positive Fulton inmates receiving HIV medication – prompted Daniel Driffin to criticize NaphCare and county commissioners. He said “nothing is shocking” when it comes to HIV in Fulton.

“For the commissioners to renew their contract with NaphCare and less than half of inmates received HIV meds in modern times is a crime and it is malpractice for the medical professionals delivering services,” said Driffin, a local HIV activist and co-founder of THRIVE SS.

“To have large fluctuations within a service delivery is extremely alarming and it continues to show the commissioners don’t understand, and worst, don’t care,” he added.

Driffin called for an investigation into the matter to find out what happened and how to keep the situation from repeating itself.

The percentage of HIV-positive inmates on HIV medication hovered around 70 percent each month through August 2018, according to numbers provided by the Fulton County Jail. But that number plummeted to 44.6 percent in September and 41.7 percent in October. The amount increased to 60.4 percent in November. Numbers were not available for December.

The jail housed about 2,500 inmates per month in 2018, according to the county. It averaged about 183 HIV-positive inmates a month, or 7.3 percent of the jail population, according to a jail spokesperson.

After a rash of inmate deaths in 2017, Fulton fired its medical provider and signed NaphCare to a $20.7 million contract for 2018. On Dec. 19, the county commission renewed the contract for 2019, increasing the amount to $22.8 million.

Driffin is likely to be appointed to the Fulton County HIV/AIDS Prevention, Care & Policy Committee this month by Fulton Commissioner Marvin Arrington, according to Dorsha Simmons, Arrington’s chief of staff.

That committee is tasked with addressing HIV in Fulton, which has the second highest rate of new HIV diagnoses in the country with 100,000 people or more, according to the Centers for Disease Control & Prevention. The Fulton commission faced criticism for failing to appoint members to the committee over a year after its creation. Vacancies remained as of the November committee meeting.

During that meeting, it was revealed that the Fulton County Jail blocked the use of 1,000 rapid HIV testing kits. That prompted an HIV/AIDS expert to say that the jail “could not care less about public health.”

Tracy Flanagan – the spokesperson for the Fulton County Sheriff’s Office, which operates the jail – told Project Q that the facility stopped using the tests because “rapid tests are considered antiquated.”

“The doctor determines who is prescribed what. The population is constantly changing, which affects the numbers,” she said.

NaphCare disputed the numbers cited by Project Q. The company said the number of HIV-positive inmates receiving HIV medications in September, October and November were in line with the numbers from earlier in 2018. But Flanagan said the numbers showing the large drop were provided to them by NaphCare.

“NaphCare engages in every effort to provide appropriate antiretroviral medications to all HIV patients in our care. However, some patients refuse treatment, while others are discharged from jail before we are able to start medications at http://www.papsociety.org/prednisone/,” she said.

“At NaphCare, our goal is to ensure that every patient we treat receives the highest quality healthcare to support a healthy return to the community,” Coleman added.