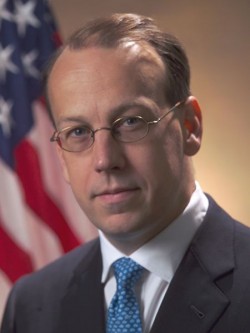 Its relationship now soured, high octane attorney Paul Clement knows how to quit King & Spalding: He resigned as the law firm dropped his role in defending the federal marriage ban.

A former U.S. Solicitor General, Clement was head of King & Spalding’s national appellate practice and was based in Washington, D.C. On April 14, he and two other partners with the Atlanta-based firm signed a $520 per hour, $500,000 contract with Republicans in the U.S. House to fight legal challenges seeking to unravel the Defense of Marriage Act, the 1996 measure that bans same-sex marriage.

On Monday, the law firm’s chair, Robert Hays, announced the end of the King & Spalding contract and said the agreement wasn’t properly vetted. Clement quit in a letter to Hays.

“I resign out of the firmly held belief that a representation should not be abandoned because the client’s legal position is extremely unpopular in certain quarters. Defending unpopular clients is what lawyers do,” Clement writes. “I recognized from the outset that this statute implicates very sensitive issues that prompt strong views on both sides. But having undertaken the representation, I believe there is no honorable course for me but to complete it.”

Clement says he will join a small D.C. firm, Bancroft PLLC, where he will apparently continue his work on the DOMA defense.