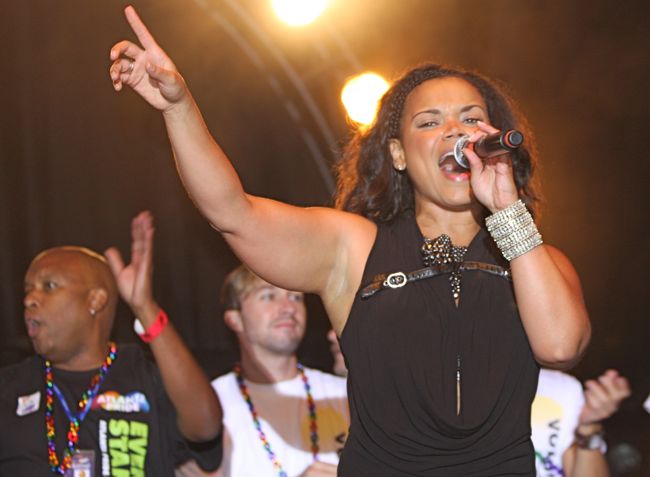 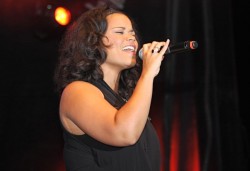 Singer and former “American Idol” contestant Kimberley Locke closed out Atlanta Pride on Saturday, delivering a 30-minute set that energized a sea of people in the Meadow of Piedmont Park.

Locke, who placed third in the second season of “Idol,” proved to be a favorite of gay men and lesbians, a handful of which bared their breasts for the singer during her show. Locke politely urged the fans to cover up.

Locke’s ties to Atlanta Pride date to 2006 when the singer was scheduled to perform, but harsh weather preempted her appearance. She made up for it Saturday, returning to stage for an encore with her current dance hit “Strobelight.” About 15 Pride volunteers joined her for the rousing number.