Kim Zolciak: No U-Haul for Tracy Young and me 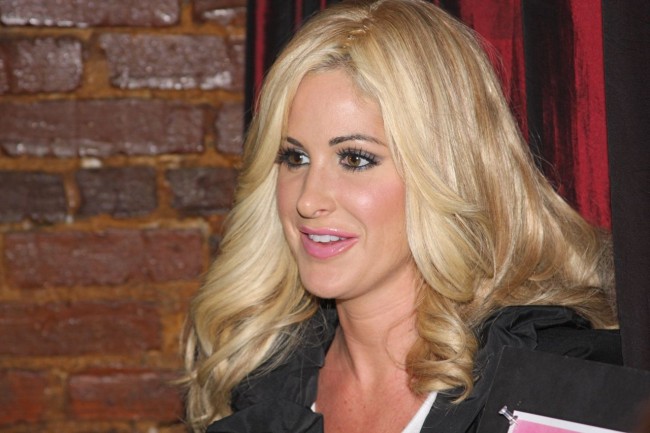 We’ve said before that wherever Kim Zolciak goes, drama tends to follow. That’s been the case this week as the gay-loving diva swats down rumors that she’s sharing U-Hauls with Atlanta DJ Tracy Young.

The blogosphere, always looking out for juicy fodder, jumped on the lesbian relationship idea after Zolciak of Bravo’s “The Real Housewives of Atlanta” and Young were spotted in close contact at events in Atlanta and Miami.

Turns out Young did the remix of “Tardy for the Party” that was the focus of the events in both cities. We even speculated that maybe all of those trips to Blake’s to mingle with the gay boys opened Zolciak’s eyes to suppressed lesbian leanings.

But all of the speculation is turning out to be bunk. The deconstruction of Zolciak’s lesbian leanings began with a behind the scenes look at Friday’s Atlanta event from Richard Eldredge, the gay journalist and blogger who offers his take on ATL Intel:

After an obligatory hug with Young for the camera-wielding rubberneckers staked out in Zolciak’s VIP area upstairs, the reality TV personality promptly went back to talking on her cell phone Friday night, all but ignoring Young.

Later on, when Young spotted Zolciak heading into an upstairs private bathroom flanked by the club’s management and promoters, she took off out of the DJ booth through a crowd in hot pursuit of Zolciak.

Attendees then reported hearing obscenities being hurled and Young beating on the door of the ladies room while Zolciak was presumably adjusting her wig inside.

“There was definitely no hot girl on girl action going on Friday night at the club,” one observer told us. “It could have been a lover’s quarrel. Who knows. It was not a good scene. It was a big mess.”

And we thought only gay boys produced that sort of drama.

The deconstruction continued on Tuesday when Zolciak, confronted by TMZ in Los Angeles, swatted down the lesbian love angle. Not that there’s anything wrong with that, we can almost hear her say as she adjusts her wig.

Yesterday at LAX, the weaved wonder said she’s not pulling a Lindsay Lohan with Tracy Young — and still wears the ridiculous ring her sugar daddy gave her a year ago.

As for Young, Kim says she’s “a great friend, I adore her” … just not in that way.