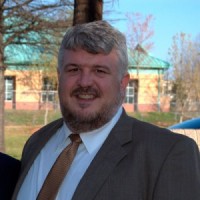 What’s said in May can easily be retracted in August. That’s the lesson Kevin Hudson offers this week.

The gay East Point resident dropped out of the race for the Ward A At-Large post on the council after saying in May he would run. Hudson was appointed to the council in May 2007 when the incumbent, Gregory Fann Sr., was suspended during an investigation over his use of city resources. Hudson served about two years and became the council’s second openly gay member, joining Lance Rhodes.

But Thursday, Hudson wrote on his campaign web site that “now is not the time for me to commit” to a full term on the council. He endorsed neighbor Sharonda Hubbard for the post.

When I was originally appointed to the Council in May 2007, I thought it would be for a few weeks­—­maybe a month or two—and would be an interesting opportunity to learn about the city in a different way. As that time stretched into nearly two years, I found myself wanting more and more to continue pushing for positive change in the city, especially since some efforts can take years to become reality. Running for a four-year term to continue that work seemed like the right thing to do, but as my time away from Council grew longer, I realized how much I had missed of all the other things that matter while spending time on Council.

Even with Hudson’s departure from the current election cycle, at least 11 other openly gay candidates are seeking office in metro Atlanta, including three incumbents.