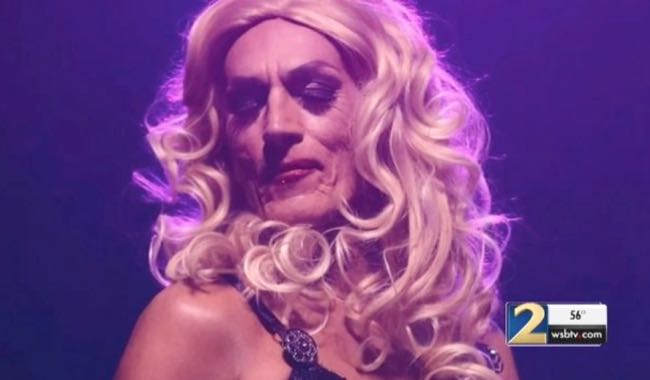 Kennesaw Mayor Derek Easterling is firing back at conservative critics who have blasted him for dressing in drag for his performance at a charity event that raised $250,000 to help Alzheimer's patients.

Easterling dressed as Christina Aguilar for Battle for the Brain on Thursday, an event from Daughters Against Alzheimer's Association at the Buckhead Theatre. It took the middle school teacher about 75 minutes to transform into the drag version of the singer, complete with a blond wig, red lipstick, garter belt and feather boa. He and nine other competitors helped the event raise $250,000, funds that will support free programs from the Alzheimer's Association for people with disease.

But as photos of Easterling's performance surfaced on social media, so did critics. They included an opponent he beat in the 2015 mayor's race, as well as other conservatives who disagreed with an elected official performing in drag.

Easterling told the Marietta Daily Journal that his performance was received with roars of approval by the crowd.

“It was something the audience was familiar with. Something that would be a little over the top … I gave it my best shot. You know, I’ve got a good sense of humor and was hoping people would find entertainment value in it. I didn’t want to do what everybody was expecting: Some stiff up there mouthing a song. I took it to the next level to raise awareness for the 5 million people that suffer from Alzheimer’s disease.”

The mayor said when he stepped out on stage, the audience roared so loud he couldn’t hear the music.

“They were cheering, everyone was standing on their feet, pumping their fists, and they continued to cheer. So I think it’s safe to say they had a good time and they enjoyed it,” he said.

But Debra Williams, a vice chair of the Cobb Republican Party, denounced the performance and called it an embarrassment for the city. Williams ran against Easterling for mayor and lost. Via Marietta Daily Journal:

“So this is how the Mayor of Kennesaw chooses to represent the city and the school he teaches at Awtrey Middle School. It was for (sic) Lip-sync fundraiser for Alzheimer’s. However, there was SSSSOOO many other costumes he could have chosen besides a Drag Queen!

“When you represent a City and her people, as well as a school of children, you should be able to make better choices/decisions since you are representing them in your role,” Williams posted.

“I'm personally involved because I know my grandmother she died from Alzheimer's,” Easterling said. “She died not knowing who her son was.”

He said the focus should be on the cure.

Photo by Sean Brock via WSB