Keisha Waites wants to be ‘fierce advocate’ for LGBTQs in Congress 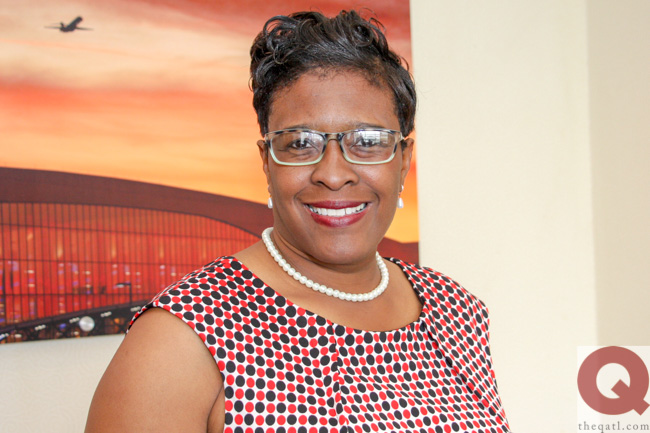 With five years as a state lawmaker and a recent Congressional race under her belt, Keisha Waites said she has the blend of experience needed to “make a measurable difference” during what’s left of U.S. Rep. John Lewis’ term.

Waites is among seven candidates in a Sept. 29 race to fill the remaining weeks of Lewis’ term. She is one of two LGBTQ candidates and one of two people with state House experience in the race.

“I’m running for the seat because I do believe in his spirit of servanthood, and equity and equality. And like the Congressman, during my tenure, I was a fierce advocate for LGBTQ rights,” Waites said in a new episode of Podcast Q.

In 2012, Waites became just the second Black LGBTQ woman elected to the Georgia House. If she wins the special election, she would become the first LGBTQ person elected to Congress from the state.

Early voting for Georgia’s 5th Congressional District is underway and final balloting is Tuesday. A likely runoff will be held Dec. 1, which means the winner will hold the office for a few weeks before the term ends on Jan. 3.

Waites said her experience in the state House during fast-paced legislative sessions showed her how to make a legislative impact – and quickly.

“It is my hope that the voters will agree that I am uniquely qualified and give me this opportunity to be a voice in Washington – an unwavering voice to the residents of the 5th District and to work, ultimately, in this short interim to make a measurable difference and to bring about some effective change,” she said.

Waites resigned her state House seat in 2017 to run for chair of the Fulton County Commission, eventually losing in a runoff. Earlier this year, she came close to forcing U.S. Rep. David Scott into a runoff in the Democratic primary in the 13th District. In both races, Waites said she was ultimately fighting for a place at the table for people of color, women and LGBTQ people.

“As a triple minority, I am no stranger to social alienation, familial rejection and the denial of services. I know what it’s like to feel marginalized. I know what it’s like to feel left out of the conversation. And so I hope to bring all of those skill sets to the table. I hope to bring those state and federal relationships that I have honed over the last couple of years,” Waites said.

In the Podcast Q interview, Waites also discussed the lessons she learned in her House race earlier this year, her track record as a state lawmaker, fighting HIV in the 5th District and the issues she would tackle if elected.

Listen to the podcast above and subscribe with your favorite podcast app.

(Click the timestamps to jump right to the audio)