Keeping up with Sharon Needles in Atlanta 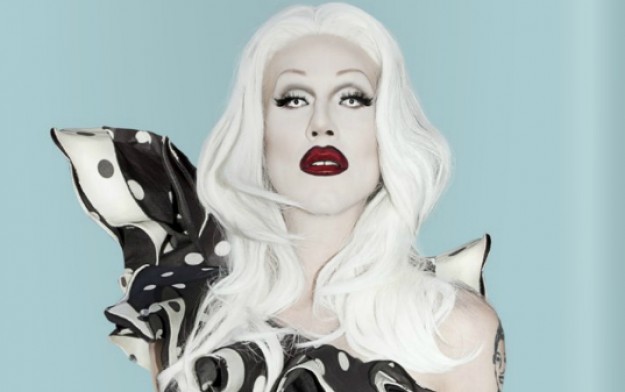 If you’re one of Atlanta's many gay “RuPaul’s Drag Race” fans you’ve already got tickets and maybe even a shock-and-awe Sharon Needles costume for the look-alike contest during her Fantasy Girls appearance on Wednesday at Jungle. We dare try to keep up with the looks and the controversy. We freely admit loving “Drag Race” and loving Sharon Needles even more during Season 4 of Logo’s hit series. But if it was easy to love the anti-bullying, pro-outcast message and hard to keep up with Needles’s rapid-fire fierceness during the show, keeping up with the drag looks alone on her whirlwind tour since winning is a serious challenge. It will be a feat for Wednesday’s guests who want to win the $500 look-alike prize. For that, we feature a few pushing-the-envelope photo tips below this post. But there's also the news items and controversy that are Sharon Needles. There's near-daily public antics and police shenanigans and more serious allegations calling out the winning queen’s comments as racist and transphobic. On that front, Needles addresses the transphobia allegations -- in which the Queen of Controversy took on a personal rival by calling her an “it” -- in an extensive interview with David Atlanta on all things Sharon, complete with some gorgeous glammed-up, gothed-down images (photo). In the interview, Needles talks around the specifics of the controversies, but for a glimpse at the method behind the madness, the “Drag Race” winner differentiates between the out-of-drag man behind the mask and the public alter-ego, then goes on to talk about the social messaging tactics of Sharon Needles as performance artist.

“I’m an intelligent, sensitive punk rock guy who’s in love with education, literature, art, and music, and Sharon Needles…she’s an idiot. She’s Kelly Bundy in black lipstick. She’s irreverent and intentionally acts a fool, but it’s a great juxtaposition between the way she acts and the show that she gives, because the show is very politically motivated. It’s very based on social issues and social anxieties. Her favorite thing is to take very dark issues that people don’t like to talk about, and force them in the spotlight where hopefully we can all create some dialogue, and laugh at ourselves. “I do consider myself a shock artist. The reason I love shock art so much is when I was a kid, I didn’t want to watch “Jurassic Park” and “Titanic;” I wanted to watch “Pink Flamingos” and “Doom Generation.” I wasn’t listening to Britney Spears as a kid; I was listening to Ministry, Marilyn Manson and the Sex Pistols. I’ve always been a fan of people who liked to make a stink, and I think it’s hard to get a message across when you’re so fluffy about it. I never use shocking imagery or audio for the sake of upsetting people. I have a great compromise, a juxtaposition of shock imagery and performance art, that I think really creates a message. I’m basically saying, ‘I’m not afraid to talk about everything that we’re all thinking but not saying.’”

That interview went down before Needles signed an autograph for a fan of color with “love you, nigger.” You can dig into all of that at the links and decide for yourself, but one thing is clear. Needles’ “fuck it all” attitude and “say anything” politically incorrect approach isn’t likely to abate anytime soon. After all, it’s exactly what fans of “Drag Race” ate up with a spoon without knowing exactly how far she’d be willing to take it. Now some Atlanta queers are protesting outside the Jungle event on Wednesday night. UPDATE: Needles sits down with LGBT Atlanta detractors to discuss the issue before Wednesday's show. So as you try to stay up on Sharon Needles and think about crossing a picket line to see the most famous and infamous “Drag Race” winner ever, here is some photo advice for those of you who want to capture her essence for a night at the Fantasy Girls costume party, including a few looks from our favorite gay Atlanta facepainter.