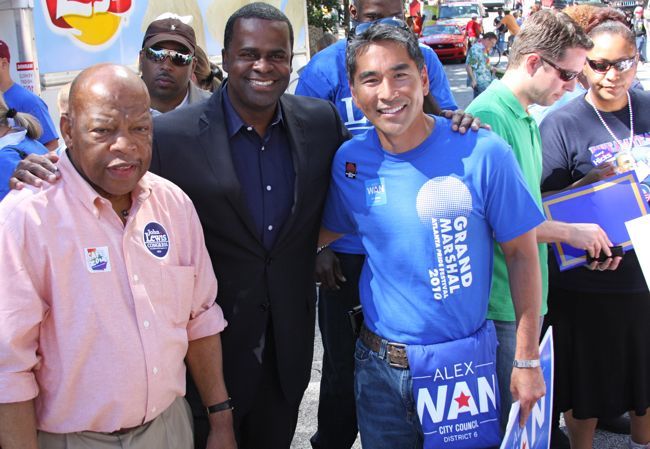 Atlanta Mayor Kasim Reed wants his gay mojo back, or at least wants gay Braves fans to forget what happened last week. So he's hosting a group of LGBT leaders on Wednesday to brag how well the city treats its gays.

Reed's office is teasing that there's something to celebrate:

But when the men gather on Wednesday, maybe Griffin will invite the mayor to the HRC gala dinner in Atlanta and ask why Reed skipped it again this year in years past. Or Wan can see if Reed wants to rekindle their bromantic past or offer up a reason for again skipping the Pride parade in October. Or they can all hold hands, smile at the city's new LGBT page on its website, and talk marriage, which Reed now backs. That's something.

UPDATE | An earlier version of this post stated Reed did not attend the HRC dinner in May. In fect, the mayor did attend, marking the first time he joined the event since 2009.