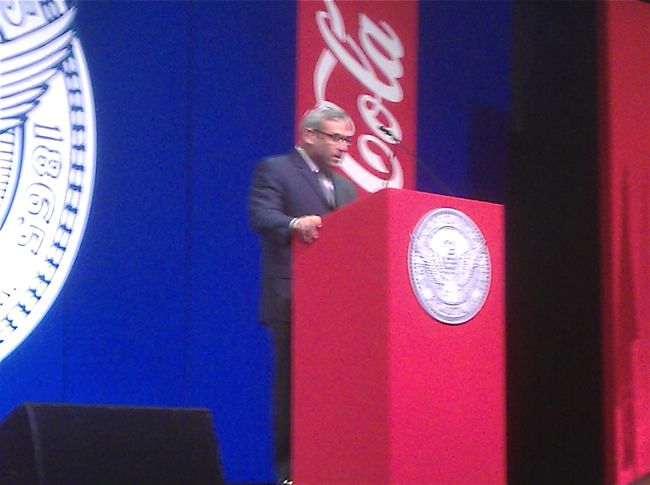 Before Mayor Kasim Reed delivered his State of the City address to a crowd of hundreds on Thursday, he leaned on a gay rabbi to deliver the invocation. Rabbi Josh Lesser opened the event at the Georgia World Congress Center with an invocation, offering that “we are Atlanta and as long as we realize that, there is nothing beyond our reach.” City Council member Alex Wan, the lone gay member of the council, tweeted a photo of Lesser on stage with this encouragement: “Go Josh!” Reed has leaned on Lesser in the past, asking him to join a group of clergy that he hoped would diffuse a contentious standoff between City Hall and Occupy Atlanta protesters in October. Lesser later expressed surprise that Reed ordered police to clear Occupy Atlanta from Woodruff Park before the clergy were able to open a dialogue. It’s also not the first time that a gay clergy member opened an event for Reed. Rev. Josh Noblitt delivered the invocation as Reed re-opened several recreation centers. The event in August 2010 came a few weeks after Noblitt was attacked and robbed at gunpoint in Piedmont Park. Reed wrapped up his address and is expected to travel on Thursday to Washington, D.C. with Gov. Nathan Deal to lobby for funds to deepen the Savannah port. But not to talk about gay marriage. Photo via @AlexWanforATL