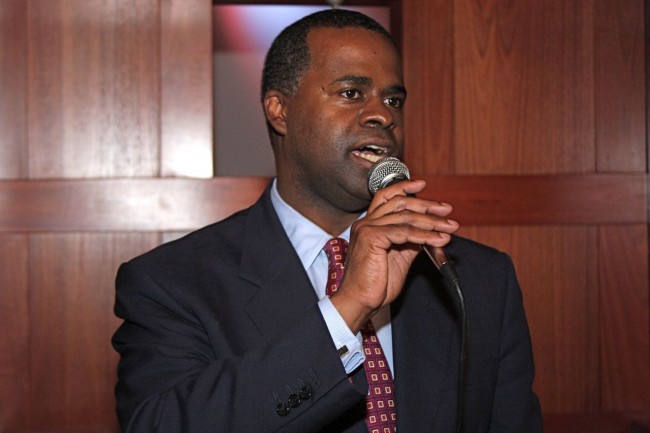 Mayoral candidate Kasim Reed, locked in a battle for LGBT votes with Mary Norwood as they sprint to a Dec. 1 runoff, met with gay supporters during an event in Midtown Friday.

Reed mingled with the crowd of about 50 people before delivering a campaign stump speech that touted his support of LGBT issues — including hate crimes legislation and fighting against a measure banning gay marriage — during his years in the state legislature. Guests at the event included the General Assembly’s only openly gay member, Rep. Karla Drenner, and longtime LGBT advocate state Sen. Vincent Fort. Drenner and Fort endorsed Reed in September. 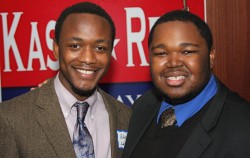 Also on hand was Glen Paul Freedman, an LGBT activist and former campaign aide for Lisa Borders, who placed third in the mayor’s contest Nov. 3. Borders and Freedman have also endorsed Reed. The Atlanta Stonewall Democrats backed Reed in September.

Other guests included Kyle Keyser, a gay man and community activist who also ran for mayor. Keyser hasn’t endorsed a candidate in the runoff, but has met with Reed and Norwood. He also appeared at a Norwood rally Wednesday organized by her LGBT supporters.

Norwood and Kasim Reed are locked in a pitched battle for gay votes as they head to the Dec. 1 runoff. The campaign has caused a split among LGBT voters, mostly over the issue of marriage equality. Norwood supports gay marriage while Reed stops at backing civil unions. On other key gay issues, the positions of the candidates are similar.