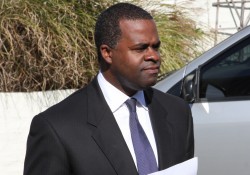 Think the city’s new mayor-elect doesn’t have work to do with the mostly gay white chunk of the LGBT electorate in District 6? Kasim Reed got thumped there, even while managing to win the race.

See for yourself in a fascinating look at the results of the mayor’s runoff compiled graphically by the Atlanta Journal-Constitution on a district-by-district map of the city.

Reed took the overall race by little more than 700 votes, though Mary Norwood has asked for a recount. She won areas north of Interstate 20, while Reed dominated south of the interstate.

In District 6, where the race focused during the runoff and the candidates worked hard for gay votes there, Reed was trounced. Norwood picked up 70 percent of the vote, with Reed getting 30 percent. Was it a result of the gay marriage split, with Norwood supporting it and Reed stopping short at civil unions?

Or was it more of a racial thing? The lily-white owners of pricey homes made up 86 percent of District 6 voters on Tuesday.

Another gay-heavy area, District 1 that includes Grant Park and is south of I-20, went for Reed 57 to 42 percent. Voters in that district Tuesday were two-thirds black, one-third white.

We may never know if gay issues or race caused Reed’s District 6 troubles. But check out the map at the AJC site and have a little fun seeing how your city council district voted.

What are your thoughts about the vote breakdown? Leave your comments below. 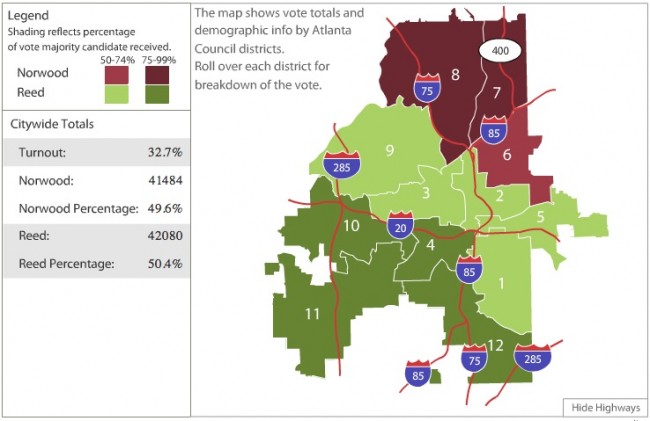