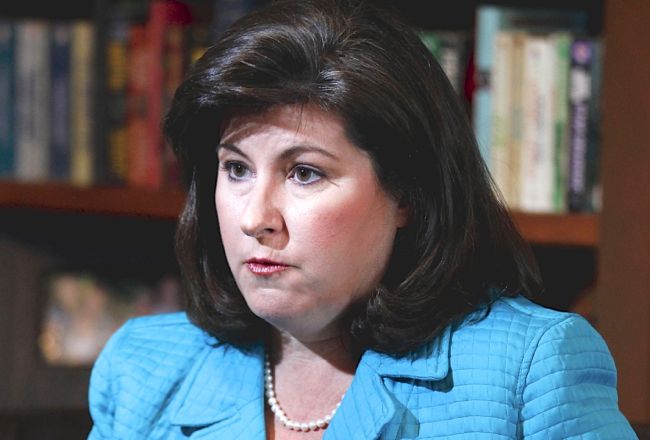 The ladies sealed their womance on Oct. 14, probably over waffle fries at Chick-fil-A when Handel squealed with delight.

I am proud to announce the endorsement of Sue Everhart, former GAGOP Chairman. Join Sue in endorsing my candidacy: https://t.co/k4RNVgzN1Z

It had to be hard for Everhart to settle on Handel, who's locked in a GOP primary fight with a collection of conservatives touting hefty anti-gay records. After all, Everhart has a reputation to maintain as the state's GOP butt of marriage jokes across the country. She don't “get the gay marriage,” y'all.

Handel is agin it, though back before she became a statewide candidate, she did support a limited slate of LGBT issues, even attending a meeting where she sought a campaign endorsement from a gay political group. Oh those were the days.