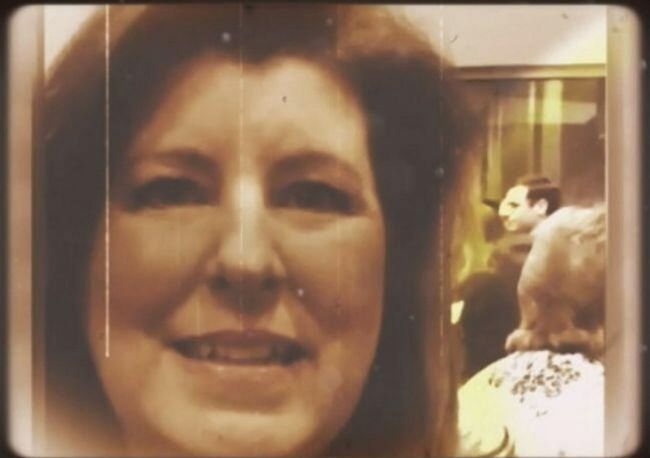 Womance loving (but not in a gay way) U.S. Senate candidate Karen Handel is on an anti-gay bender, working diligently ahead of Tuesday's GOP primary to make this worse than her campaign for governor four years ago.

So when asked by Politico if homosexuality is a choice, she didn't say yes. She just winked and nudged an affirmative reply.

Handel dismisses the criticism, noting her staunch social conservative stands, like opposing federal benefits for gay and lesbian domestic partners. In the interview, she wouldn’t say whether she believes homosexuality is a choice.

Handel was gay friendly when she stumped for votes a decade ago as a Fulton County commission candidate. Since, she's disavowed any of it and gone as anti-gay as she possibly can. But suggesting that homosexuality is a choice is a new low, even in this GOP primary and even for Handel, who took part in the one of the state's most anti-gay campaigns in 2010.

The quip to Politico came as Handel sought to downplay an ad from U.S. Rep. Phil Gingrey charging that she "promoted teenage homosexuality" as Fulton Commission chair when she apparently OK'd a grant for YouthPride. She denies it and YouthPride has since collapsed

Since Project Q first reported on Gingrey's anti-gay ad, the campaigns have squabbled over it, according to the AJC.

The Handel camp is taking the attack as a compliment. Said Corry Bliss, Handel’s campaign manager:

“Gingrey’s attack is a laughable last-minute smear. But it does show that his campaign has polling data that has Karen either in first or second place.

“Each commissioner chose their own grants, and this was not Karen’s grant. Karen has been clear: she believes marriage is between one man and one woman, and when the Fulton County Commission voted on gay partner benefits, she voted no.”

U.S. Rep. Phil Gingrey’s campaign is keeping the fire burning on its allegations that rival Karen Handel “promoted teenage homosexuality.” But the language is tailored to present the argument not that it’s a bad thing to be pro-gay, just that it’s a bad thing to be a flip-flopper. A press release from yesterday, riffing off of Handel campaign manager Corry Bliss’ response in this space to Gingrey’s ad.

“This is nothing more than an attempt to avoid the fact that Handel voted to support the LGBT community on the taxpayer dime, and to confuse the issue at-hand. Handel’s support for the homosexual community is at odds with the conservative Georgia values she claims to defend, and her [alleged] support for traditional marriage.

“This begs the question: How can Georgians trust a candidate that flip-flops on key principles, and betrays those who’ve had her support for political gain?

“Most troubling, Karen Handel still won’t admit the truth, and continues to wordsmith her way around it. The facts don’t lie. She voted to promote teenage homosexuality with taxpayer dollars.”

Handel's anti-gay mudslinging had to appeal to former presidential candidate Rick Santorum, who endorsed her on Thursday. Santorum knows of all things gay. Google it.