Kandi Burruss ready to remix for the gays 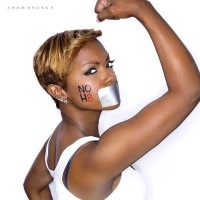 Look out for the remixes, boys. A new album from Kandi Burruss -- an island of reason in a sea of drama known as “The Real Housewives of Atlanta” -- dropped before Christmas and the pop artist is already looking forward to the remixes bound to make pieces of “Kandi Koated” a hit in gay dance clubs. She nearly promised as much in an interview with Fenuxe ahead of the album’s release:

Do you have your eye on any songs off the album that you think your gay fans in particular will love? In other words, what Kandi song will we be hearing at the club soon? I didn’t do any dance music on this album. Can we say remix?!

Burruss is no stranger to gay clubs -- she quips they are a lot more fun than straight ones -- but in what’s shaping up to be the gayest season yet of the Bravo reality series, Burruss is burnishing her gay street creds. She brought Kim Zolciak along with her on tour, a storyline playing out in current episodes of the show. The blond bombshell, for reasons not completely clear, is a gay favorite. Her “Tardy for the Party” -- a creation of Burruss -- has been a hit among some segments of gay nightlife. Also this season, Burruss has taken on hairstylist Lawrence Washington with plans to turn him into the next gay singing sensation. If she can make Zolciak work it, Washington -- whose got the pipes for the job -- should be in luck. She’s even taken part in the NOH8 campaign (photo), which comes to Atlanta next month. Back to those remixes: Burruss offers plenty to be transformed into gay club hits. There’s the breakup hymn “Leave U” -- ““You gotta keep it up/To keep me around” -- holding a lover accountable with “How Could You (Feel My Pain)” -- “How could you break me down/When I lift you up?” -- and looking at the reality of cheating in “Lucky” -- “She gets to have it every night/she’s a lucky girl/I know you got a girl/but…” Want a little more of a taste? Watch the video of "Leave U" and read what Burruss has to say about it. Who's up for the challenge of remixing those to resonate with the gays?