Kandi Burruss parties with the gays for Pride 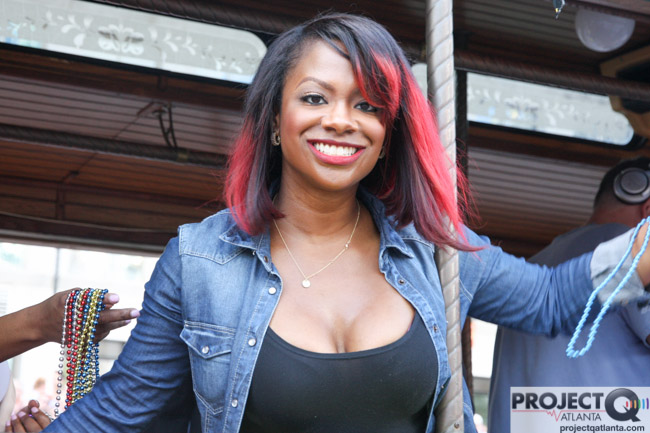 Kandi Burruss loves a big gay party, so the "Real Housewives of Atlanta" castie joined the biggest one gay Atlanta has to offer: Sunday's Pride parade.

The singer-songwriter and producer, who dishes with drag queens about sex, joined the float of David magazine (photo) and then met fans in the media outlet's booth in the Marketplace inside Piedmont Park. And she wasn't shy about tossing out beads and showing off the cleavage.

Burruss partied with the Blake's gays in April and two months later, tweeted her support of marriage equality. She's a fan of hunky gay go-go boys, too.

@james_nicol_ I think people should marry who they want. We spend to much time worrying about other people's beds.... — Kandi Burruss (@Kandi) June 10, 2013