Kai Lin Art invites you to bask in ‘afterglow’ 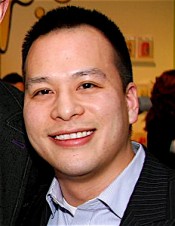 With several talk-of-the-town openings since its debut last year, Yu-Kai Lin and his Kai Lin Art space are ready to wow you again with the four-artis “afterglow” show opening on Friday.

“’afterglow,’ our ninth exhibition, is an all-male exhibition of four contemporary local artists who work in a diverse range of mixed mediums,” Lin says. “The show is a masculine show with bold, dynamic art. Lots of color and vibrant movement.”

While the artists aren’t gay, Lin (top photo) and his openings most definitively are. 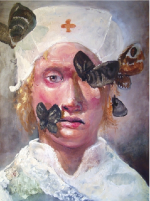 Check out photos from the premieres of his two most recent hits, “Grace | Lush. Ethereal. Color” and “Popstars & Cokeheads” for a taste of the gAy-listers who show for these A-List for events.

But it’s not all about the crowd. Lin is increasingly proving his real eye for good art, which of course, is what keeps us coming back for more.

“We are continuing to find new and young, extremely talented local artists who create works that makes a bold statement about life, love, and happiness,” he says. “The show is a cohesive showcase of skilled craftsmen who are continuing to make an impact within the arts community at large through their work,”

“I’m proud to be able to represent such wonderful artists,” Lin adds. 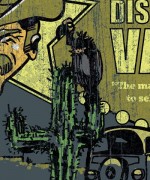 Friday night’s opening bash also includes music by DJ Sabo’s Deep House and Lounge beats. And while you’re there, check out video installations by students of Professor Alessandro Imperato’s Alternative Methods for Motion Media Design at the Savannah College of Art & Design-Atlanta. And of course, there’s a bar.