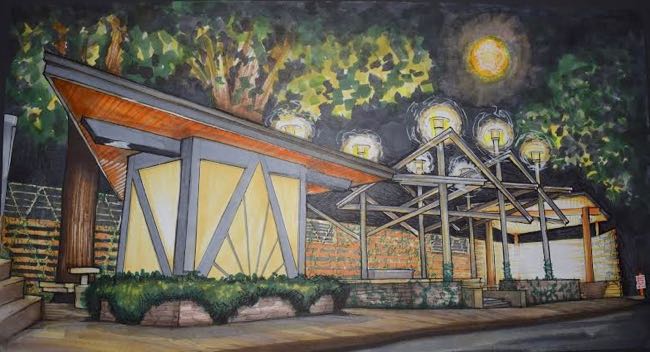 That derelict space between gay patio hotspot Joe’s on Juniper and its more refined sibling Einstein’s is getting a fabulous makeover that will bring a pocket park, an urban aesthetic and more space for those charity beer busts.

For years, the nearly block-long stretch on Juniper Street between the two gay-popular eateries has been a wasteland of vacant buildings and cars crammed in awaiting the valets. Now, Metrotainment Cafes, which owns the properties, wants to revamp it to create a more refined urban space to relax, eat ice cream and host informal gatherings.

In other words, a comfortable space to knock back another cocktail while checking Grindr for Mr. Right Now in one of those gleaming condo towers nearby.

Via What Now Atlanta:

Metrotainment Cafés has plans to demolish and redevelop the existing vacant structures located between Einstein’s and Joe’s on Juniper.

The concept would not only improve valet parking operations, but create a privately-owned public space at 1053, 1057 and 1069 Juniper Street in Midtown.

Features include timber and steel in order to be in line with an urban aesthetic.

Metrotainment first unveiled its plans for the parcels at the Midtown Development Review Committee meeting on June 14. Ice cream!

Envisioned as a finely tuned pocket park that fronts on Juniper Street, this new open space will allow for casual seating, small-scale entertainment and public presentations. It will include a small venue for selling ice cream and other snacks to restaurant patrons and passers-by throughout the day and evening. The space is designed with the intent to complement the neighboring restaurants while providing a relaxed urban experience amid the surrounding high-rise environment.

The committee supported the overall plans but suggested tweaks to make the design more urban.

They encouraged the team to explore a refined material palette and embrace a contextually sensitive approach to the architecture.

So Metrotainment went back to the committee on July 12.

The proposed concept redevelops the frontage in order to improve valet parking operations and create a privately-owned public amenity that will add to the vitality of Midtown street life.  The architecture of the structure was revised to reflect comments made by the committee at the June meeting. Namely, the material palette was refined to reduce the amount of heavy timber and add more steel, consistent with an urban aesthetic.

Committee members had additional concerns about parking, lighting and landscaping. So Metrotainment is expected to return with additional revisions during the panel’s meeting on Aug. 9.

Check out more renderings of the remake on What Now Atlanta. 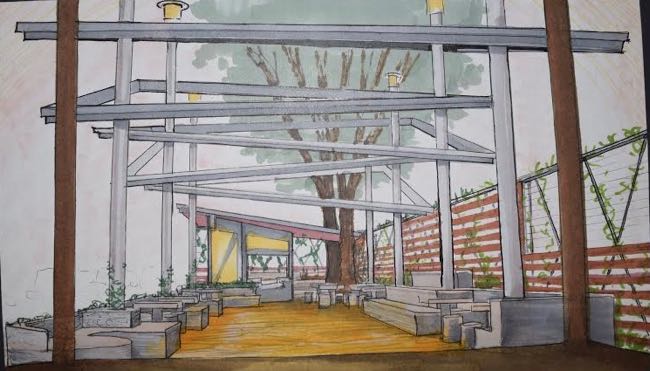 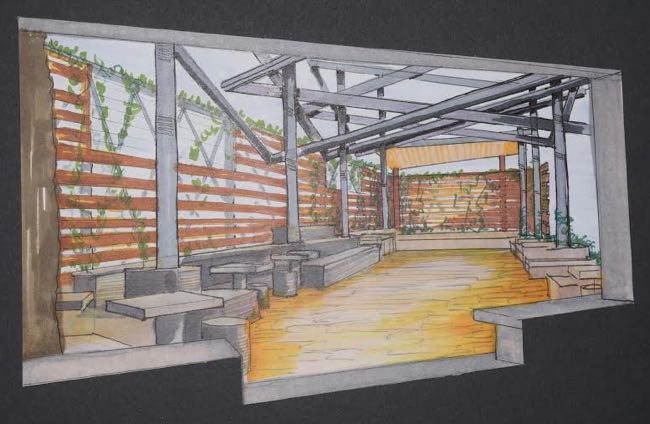