Jungle’s Studio 54 party gets down on it [photos] 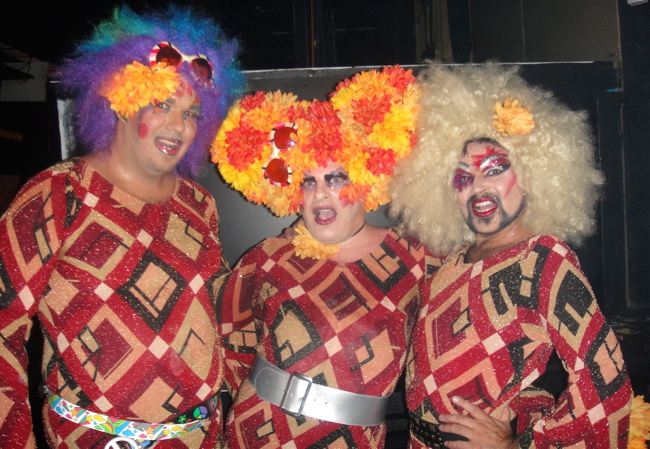 DJ Ed Bailey returned to Jungle on Saturday with his popular Studio 54 party. All things Disco put some partiers in era-appropriate costume and put all of them in the mood with beats from days gone by.

Boys will be boys, and as we all know, they will be girls too—or some facsimile thereof (top photo). Of course, real women were also in attendance, and judging from our photos, almost everyone, male and female, put the hot mess in Disco before the night was through.

Hearkening back the likes of Mick Jagger, Liza Minnelli, Andy Warhol, Truman Capote, Halston, Salvador Dali, Brooke Shields and Cher—all of whom reveled at the original Studio 54—Bailey transported the Jungle beasts to a time and place where fun ruled, fierceness was born, and feeling fabulous was the norm.

Dressing the part—again, or some facsimile thereof—for some (top and bottom photos) is what makes Studio 54 one of the top parties of the year at Jungle. “Get down, boogie, oogie, oogie” indeed.

DJ Bailey specializes in crazy, light-hearted retro events. With stage gigs under his belt with the B52s and Pet Shop Boys, he presides over yet another of Jungle’s Top 5. He is the mastermind behind the annual Madonna Rama party for her Madge-esty’s birthday, which last month became Madonna-Gaga Rama for 2010 to breathe new fire and fabulosity into the event.