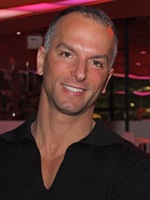 There’s nothing like a sour economy to spur innovation.

Brad Williams, the owner of the Wild Mustang off Cheshire Bridge Road, is partnering with promoter Chris Coleman (photo) of C2 Productions for a new hybrid Saturday evening. Coleman is also half of the duo behind the popular Social Tuesdays.

The club remains country, but beginning this Saturday, it morphs into an event space for dance parties with local and national DJs after 11 p.m. The inaugural event is “Resurrection,” which features DJ Martin Fry and a $1,000 costume contest in a nod to Halloween.

Coleman taps DJ Martin Fry to breathe life back into the Jungle, which closed in 2007 when owners decided to change the venue’s name to the Wild Mustang, and change formats from dance to country music.

The club on Faulkner Road will continue to cater to the country crowds on Saturdays from 8 to 11 p.m., then transition into dance parties featuring local and national DJs, says owner Brad Williams.

“We’re changing the club around,” says Williams, noting that the club’s country western motif is being altered into something more neutral. “We’re doing the club inside where it’s not really a theme, but more of a venue.”

Admission is $10 before midnight and $20 after.