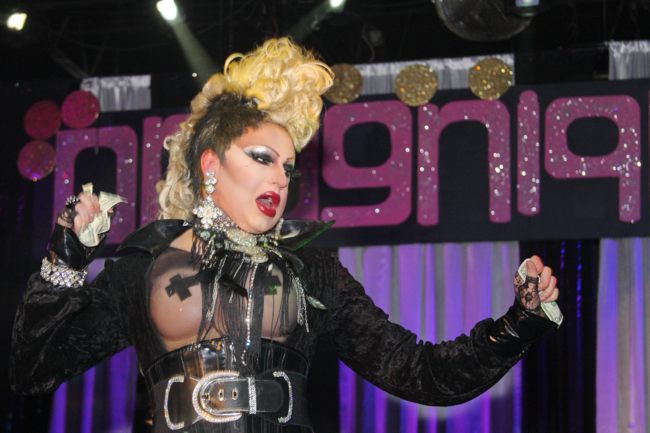 Gay nightlife needs a midweek jolt and Jungle hopes to provide it with a fresh take on a cabaret-style show that mixes Atlanta’s deep roster of drag talent with the likes of rising national personalities, too. Sharon Needles, anyone?

Phoenix (photo) will serve as mistress of ceremonies for Fantasy Girls, a freshened up approach to a show she helped produce in 2010. She’ll share the stage with the likes of Morgan McMichaels for the May 23 debut, Sharon Needles in June and Latrice Royale in July.

You know Sharon Needles, right? With special guests like these, it’ll be like our own “RuPaul’s Drag Race” reunion special here in Atlanta.

“This will be a great Wednesday night out, definitely something unique you can put on your calendar,” Phoenix says in a prepared statement. “Morgan McMichaels is a great performer and friend and I am thrilled that she will be here in May helping us kick off the first show.”

The show will lean on local queens to round out the talent each month. Think Savannah Leigh, Summer Knight, Envy Van Michaels, Starr Sanchez Sherrington and Nicole Paige Brooks.

Jungle is working to make Wednesday nights a destination for your gay nightlife. It hosts a bingo fundraiser for Pets Are Loving Support on the second Wednesday and debuted the Big Gay Game Show on April 18 to fill the third Wednesday. Fantasy Girls takes over the fourth Wednesday.

But it’s a school night, right? Drag can be sensitive to your needs, so the show starts promptly – not drag time – at 10 p.m. It’ll run about two hours.

“We’re so lucky to have access to such amazing local talent,” says Richard Cherskov, the club’s managing owner “And we’ve had so many requests to have Sharon Needles perform. We can’t wait to see her at the Jungle.”

Halloween in June? Maybe so.