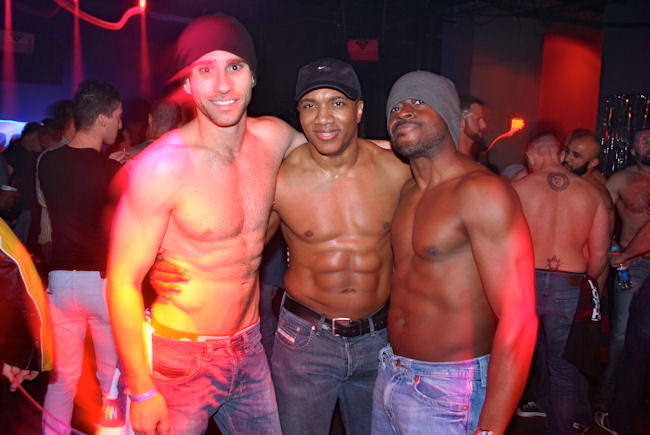 Holidays are all about reminiscing, so it follows that a Backstreet Reunion Party would be good for what ails the gays left in Atlanta over Thanksgiving Weekend. The party people at Jungle knew just what to do.

The semi-annual event that hearkens back to Atlanta’s 24-hour gay dance hall days returned on Saturday. The night began appropriately with a rendition of the legendary Charlie Brown’s Cabaret featuring the even more legendary Lily White. The party continued with beats by DJ Rob Reum and Bobby Copeland.

Documentarians working on a Backstreet movie continued to shoot footage of the patrons who remembered the original club and those who just wish they did. And everyone seemed to latch onto the old Backstreet mantra: Have glow necklace, will party.

Not so much for the club’s old “always open and pouring” mantra. That’s dead. Peggy Denby killed it. But 3 a.m. was plenty late for most of the original Backstreet crew who needed to head to bed anyway.