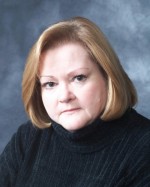 Judy Shepard, the mother of the slain college student who became an icon to a generation of LGBT activists, will appear in Atlanta next month to sign and promote her new book about the tragedy.

Shepard’s visit is scheduled for Sept. 15 at Agnes Scott College in Decatur. Outwrite Bookstore & Coffeehouse, which is partnering with the Georgia Center for the Book for the event, announced details on Friday.

The new book, “The Meaning of Matthew,” follows the Shepard family in the days following the brutal slaying of her son in October 1998. Matthew Shepard, a 21-year-old college student, was robbed, pistol whipped, tortured, tied to a fence in a remote, rural area and left to die after being targeted because he was gay. Shepard died five days after the Oct. 7 attack in a crime that sparked national outrage and calls for a gay-inclusive federal hate crimes law, which has yet to be enacted.

The book chronicles the shock and grief of the tragedy, according to event announcement from Outwrite.

But long before the terrible hate crime that took his life and made him a household name in the arena of gay rights, Matthew was simply Judy Shepard’s son. In “The Meaning of Matthew” Judy Shepard speaks for the first time in book form about her loss: sharing memories of Matthew, their life as a typical American family, and the pivotal event in a small college town that changed everything.

“The Meaning of Matthew” follows the Shepard family in the days immediately after the crime, when Judy and her husband traveled to see their incapacitated son, kept alive by life-support machines; and how they learned of the horrible crime that had befallen him. Following the terrible news that Matthew would not survive, we learn how family and friends banded together to face the media frenzy, unsure of the public reaction. After the shock and grief of his death and the overwhelming rallying of a country shamed by the horrific crime of two men, readers will learn how the Shepards struggled to navigate the legal system and ever present media coverage as Matthew’s murderers were put on trial.

In “The Meaning of Matthew” Judy confides with readers about how she handled the crippling loss of her child in the public eye and specifically of learning to distinguish between her son the person, and her son the symbol, why she became a gay rights activist, and the challenges and rewards of raising a gay child in America today.

After her son’s death, Shepard spoke out about the crime in public appearances and quickly became a hero to many LGBT activists. She also co-founded the Matthew Shepard Foundation, which works to develop diversity programs in education and to help youth organizations establish safe spaces.