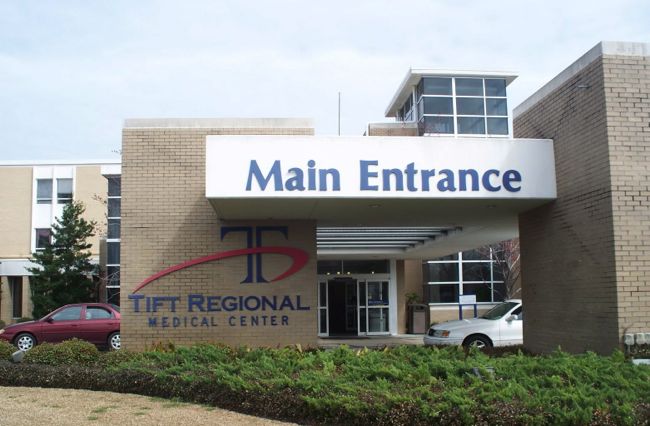 A federal lawsuit with all the makings of a “Sordid Lives” episode — cheating spouse, lesbian named Dix, religious proselytizing — didn't go well for Pamela Hall, the south Georgia woman who was demoted after railing on a lesbian co-worker she at first thought slept with her husband.

Hall and Amanda Dix were co-workers and BFFs at Tift Regional Medical Center in Valdosta. Hall was a nursing supervisor and Dix a staff nurse. They were fast friends until 2009. That's when Hall accused Dix of sexing up her husband. Dix said nay-nay, that would never happen because she's a lesbian.

And then the relationship soured. No, really. Hall focused more on Dix than her apparently philandering husband and tried to turn Dix onto, well, dicks. First by sticking the flyer “How Should Christians Respond to 'Gay' Marriage?” in her locker.

And then an email.

“I saw that book in Kentucky when we went to the creation museum. I don't want to hurt your feelings but I felt led to leave that for you and I would not be a true friend if I ignore the responsibility that God has left for his children to share the message and hold each other accountable.”

Wait. She's just getting warmed up.

“I would hope that someone would hold me accountable for when I'm not in the right walk with God. I actually wish that someone would have sat me down long ago and really opened my eyes to the way I was living. It was not pleasing to God. What feels good and what makes us happy is not always the right thing to do. Sodomy is a sin, gay people live in sin. It is not about self gratification. I have true joy that can only come from being in God's grace. We will all die. We will stand before the Lord and he will hold us accountable for lack of witnessing and other sins. I won't harp on this issue but I will pray for you still and myself because I love you and I want you to be there with me in heaven.”

“When we are in God's will we will WANT to live right and live for him and do what the Bible says and that is to go and tell! Everything else is not important…. There is only one way to heaven.”

Dix was offended by both, but finally took action after the email. She reported Hall to supervisors and she was dropped from a supervisor's role, placed on probation and barred form sharing personal beliefs that other might consider discriminatory.

Hall complained back to the Equal Employment Opportunity Commission in 2011, then filed a federal lawsuit in 2012.

U.S. District Judge Hugh Lawson was having none of it, granting the hospital summary judgment on all claims in an order filed June 10.

“The court is most certainly aware that homosexuality and gay marriage have public concern implications,” Lawson wrote. “But in this case, plaintiff's motivation was not to bring these issues to the public's attention. Instead, plaintiff was proselytizing to a former friend in a private manner.”