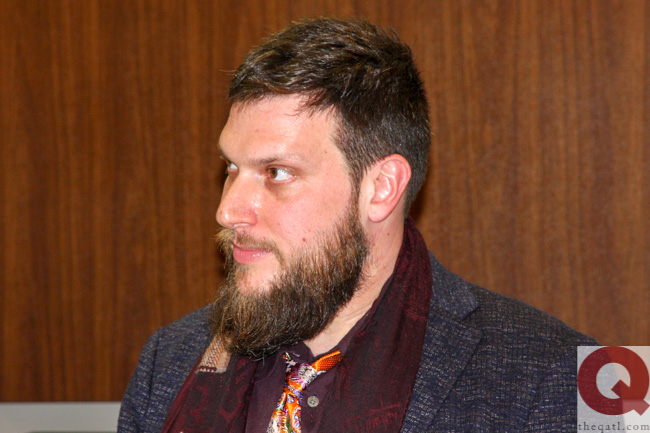 Fulton County Superior Court Judge Kelly Lee Ellerbe released her decision on Feb. 22 following an emergency hearing about whether Matthew Cardinale met the residency requirements to run in the special election in District 3.

Cardinale (top photo) said he was “absolutely delighted” to hear about Ellerbe’s ruling reinstating him to the ballot.

“I feel vindicated,” he told Project Q Atlanta. “They tried to keep me from reaching the promised land, but I do believe I can now see the tips peaking over the top of the mountain.

Webb disqualified Cardinale from the race based on his opinion that housing like an Airbnb — in which Cardinale resided for part of his time in the district — is “inherently temporary” and therefore doesn’t meet the residency requirements. He also said that Cardinale did not adequately prove that he intended to make District 3 “his permanent place of abode.”

Ellerbe knocked down both of those arguments in her ruling.

As to whether Cardinale’s time in the Airbnb counted toward the residency requirement, she wrote in her ruling that according to Georgia law, “the question is whether a person gained residence in a particular political subdivision (i.e. a state, county, municipality or city council district) not in a particular place (i.e. a fixed address).”

“There is no evidence in the record to support the finding that [Cardinale] was temporarily in the district as of Jan. 23, 2018 or that he had the intention of removing himself from the district,” she wrote.

Webb said he would comply with Ellerbe’s order.

“As it was Mr. Cardinale's right to appeal, I respectfully acknowledge the judge’s order and will comply,” he told Project Q Atlanta. “Good luck to Mr. Cardinale and all nine candidates as they offer themselves for service to the citizens of Atlanta.”

This wasn’t the first time Cardinale beat the City of Atlanta in court. In 2011, he filed a pair of lawsuits against the city over closed-door meetings held by the council. The Georgia Supreme Court ruled in his favor in 2012, saying that the city violated the state’s Open Meetings Act. He later showed off the checks that the city cut him as a result of the ruling.

Early voting in the District 3 race lasts through March 15, and election day is March 19.