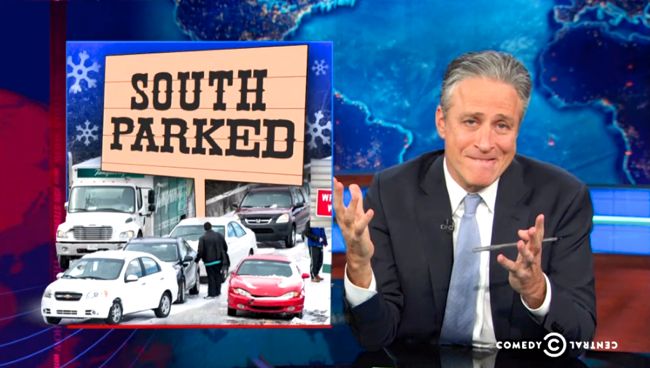 Jon Stewart riffed on Atlanta's snow disaster during Thursday's show, blaming the dusting that crippled the region this week on gay marriage.

Stewart's “South Parked” clip on “The Daily Show” was made even better with a long intro tying in not gay, ahem, Sen. Lindsey Graham from South Carolina.

“The Ice Age zombie doomsday apocalypse has come to Atlanta,” Stewart says at about the 2:20 mark in the clip above. “Damn you gay marriage! Why didn't we listen?”

The dick jokes in the clip below make it even better.

“It's not the size of the snowfall that matters. It is the duration of the condensation,” Aasif Mandvi cracks.