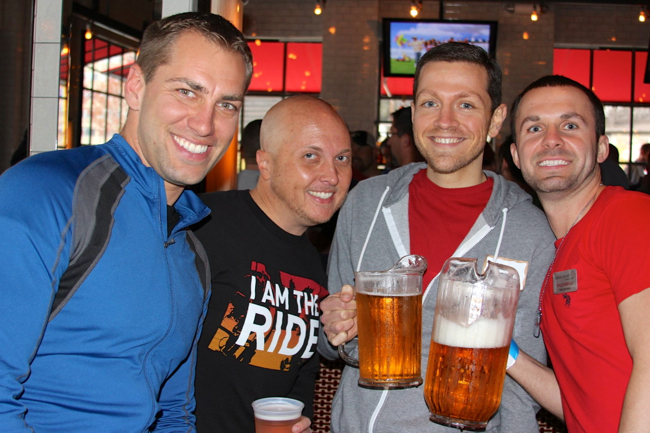 You might not have thought it by the blustery winds and cold rain pelting the ATL on Sunday, but things were much springier at the Joining Hearts Spring Beer Bust once you got inside Ten Atlanta.

Jackets and slickers may have been in order, but the fundraising crew responsible for multiple gay Atlanta event staples definitely made it worth venturing out to one of Atlanta’s newest gay party destinations. Sure, it was way more clothes than Joining Hearts’ signature gay pool party (view photos), but don’t worry. It’s coming soon enough.

In the meantime, $15 bottomless beers, $3 “Ten of Hearts” shots and the sounds of DJ George Greenlee helped add to the yearly tally benefiting Jerusalem House and the housing program at AID Atlanta.

Next up in the Joining Hearts party series is Change of Seasons. The cocktail party is scheduled for April 14 at Loews Atlanta Hotel.