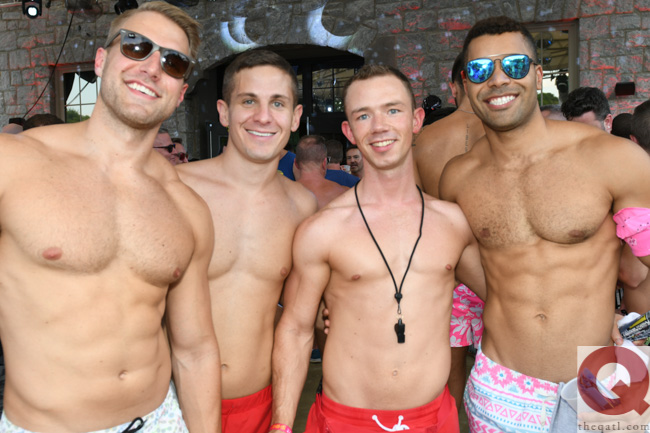 Joining Hearts marked 31 years of raising money to fight HIV by hosting its annual poolside extravaganza at the Greystone at Piedmont Park on Saturday.

This year’s event — titled “Shine” — featured DJ/producer GSP all the way from Greece, with an opening set by Atlanta’s own DJ Mike Pope. As always, the night ended with a fireworks display lighting up Midtown.

The boys kept the party going later that night at Heretic with a set by DJ Isaac Escalante. Who knows how many made it that far if they played the Joining Hearts drinking game though.