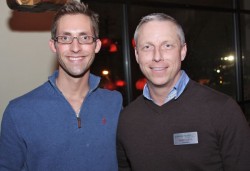 What’s it take to host more than a thousand gays in the heat of summer with a big name DJ to raise funds for HIV charities? Volunteers and hosts. So organizers of Joining Hearts opened their 2011 event season on Thursday with a meet and greet for prospective volunteers.

Their work culminates in late July with the ever-popular and almost always sold out Joining Hearts pool party in Piedmont Park. That event helped raise the bulk of the record-setting $125,000 the non-profit donated to AID Atlanta and Jerusalem House in September, boosting the amount Joining Hearts has donated since its inception to more than $1.5 million. 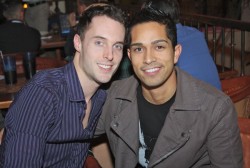 But volunteers are critical to the group’s success, so they set out to recruit new ones on Thursday with a reception at No Mas Cantina.