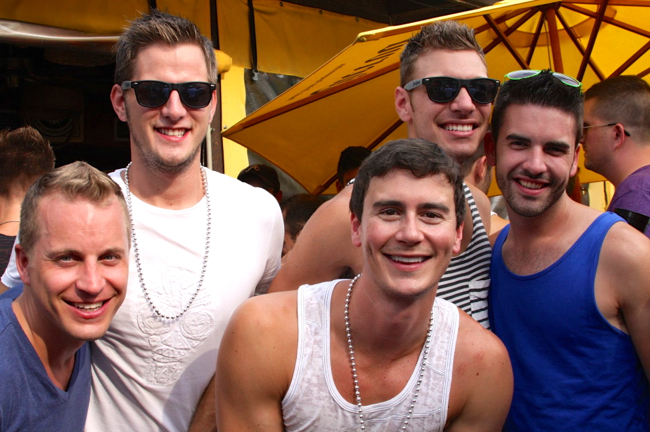 Scores of individual Sunday Funday party crews converged to pack Zocalo on Sunday for a margarita bash that continued Joining Hearts’ 25th anniversary push to make its biggest donation ever to Jerusalem House and AID Atlanta.

For just $10, bottomless margaritas and beer flowed for each and every partier, and the patio bumped to the beat of DJ Mike Pope. It was just the latest lead-up party to the Joining Hearts 25 main event set for July 21. But for the annual gay takeover of the Piedmont Park pool, you might want to click that main event link sooner rather than later. General admission is sold out, though VIP tickets are still available.