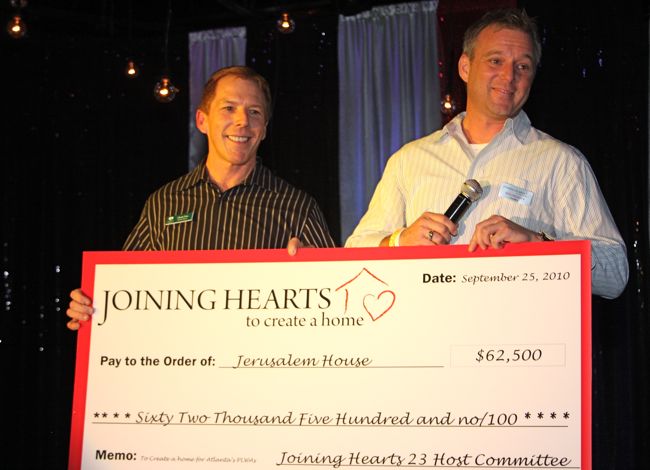 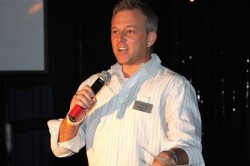 If you thought the sold-out hunk parade known as Joining Hearts 23 last July was just for show, you missed the point: The event raised a whopping (and record-setting) $125,000 for two HIV non-profits.

Joining Hearts announced the total on Saturday during a check presentation party with supporters and its two beneficiaries – AID Atlanta and Jerusalem House – at Jungle. That brings the total the annual event has raised since its inception to more than $1.15 million. Joining Hearts celebrated the success of this year’s Splash in Piedmont Park by handing each HIV group a check for $62,500.

Ben Hadsock, president of Joining Hearts for three years, also announced a new board for the organization, including Events Director Kerry Loftis taking over as president. 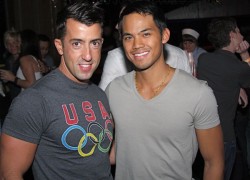 The 23rd rendition of the annual fundraiser unfolded on July 24. A sold-out crowd of more than 1,000 people thumbed their collective nose at scorching temperatures that pushed the heat index into triple digits.

But Joining Hearts isn’t just an hours-long event that unfolds on a Saturday in late July. It’s a swarm of events, both official and unofficial, that attract big crowds. The volunteers behind the signature event also hosted a patron party, foam party, a pool party, a beer bust, dine-outs and a handful of car washes that were more than worthy of our photo galleries.