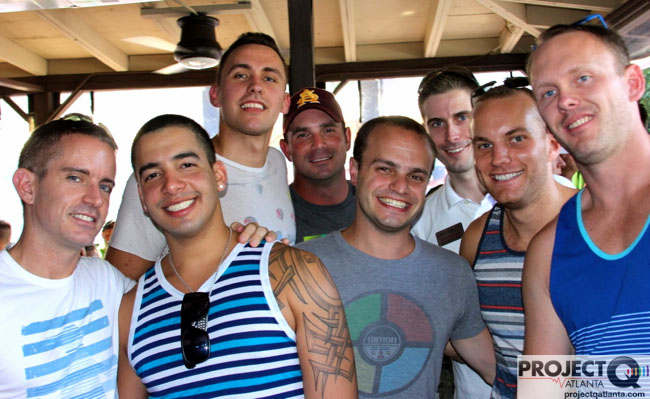 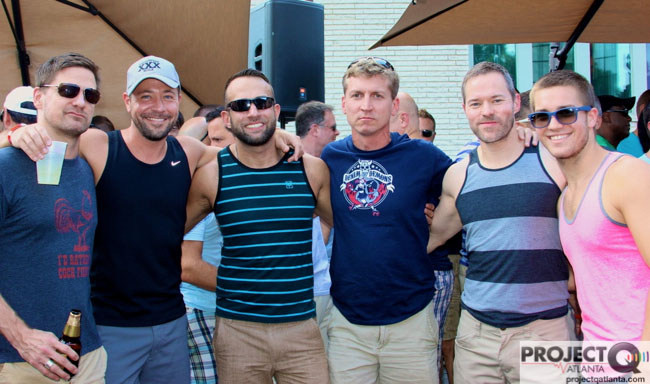 One of gay Atlanta’s biggest fundraising groups is also a sure bet for drawing a sexy, good-hearted crowd to its year-round events beyond its signature July pool party. Once again, Joining Hearts delivered for its supporters and its beneficiaries at Sunday’s End of Summer Margarita Bust.

It was DJ Chris Griswold’s milkshake that brought all the boys to the yard at Zocalo on Sunday. Wall-to-wall gay men on the patio and inside celebrated Joining Hearts as the charity party series hurtles towards a wrap of this year’s fundraising season with evermore DJ, drinks and dudes.

We’re nearing the time when Joining Hearts calls it for this year. When that happens, the check presentations and holiday hootenannies begin to fete another big year for beneficiaries Jerusalem House and AID Atlanta. It’s the end of a year that covered your party needs from Valentine’s Day onward, including of course, the hunks of Joining Hearts 26 pool party.

Don’t fret. They’ll kick off the next year in pretty short order after that, keeping you Joining Hearts saturated with at least one fun-and-fundraising event almost every month.