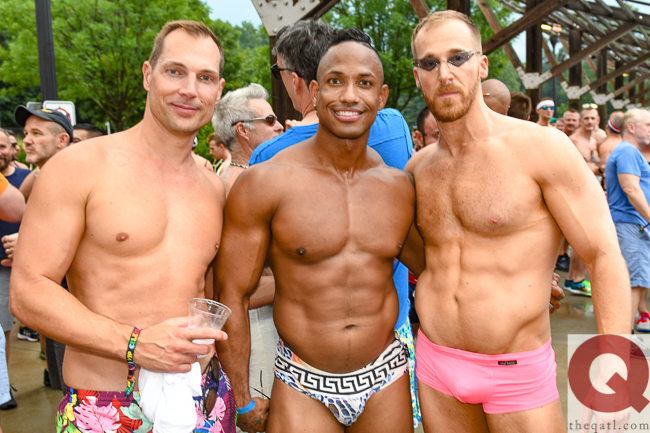 The event took place Saturday at Greystone at Piedmont Park. The theme this year was “Celebrate!” and partygoers took it to heart — and maybe played the Joining Hearts drinking game while they were at it.

It was part of a full weekend of events that included a kickoff party at Heretic, an afterparty at Buckhead Theatre and afterhours at Xion.

The organization has raised $2.5 million for its beneficiaries since its founding in 1987.

Want more scenes from Joining Hearts? Check out last year's pics, plus a few more while you're at it!

Charmaine Sinclair Dupree is passionate about up-and-coming talent and glamour drag. Once a month, her commitments collide at Friend’s Neighborhood Bar. In addition to herself,...
Read more
Photos

Longterm love, short-term disagreements and queer life passing you by

Whether it's longterm love, short term disagreements or queer life passing you by in the closet, everyone encounters moments when what they thought was, well, thought wrong. The Q offers advice.
Read more
News

It was so satisfying to see a picture-perfect Pride Weekend in Atlanta take shape. This issue of Q ATLus celebrates with a supersized section...
Read more
Load more
17,446FansLike
7,001FollowersFollow
7,682FollowersFollow