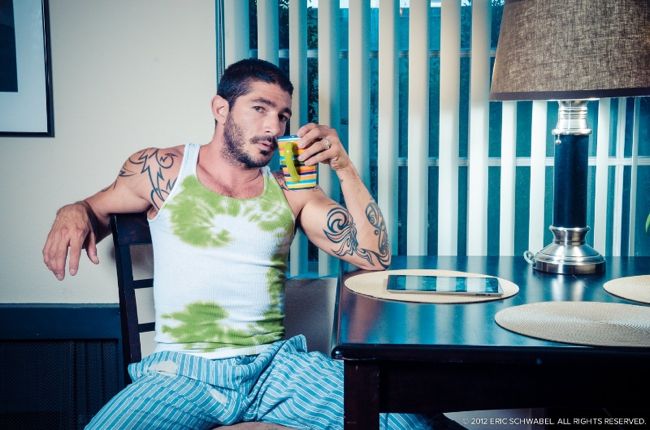 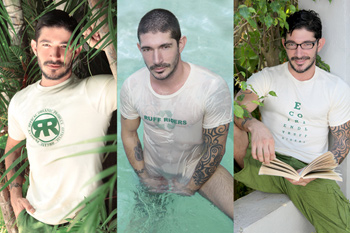 So as Hazzard winds down his award-winning porn career, sadly for fans, he’s winding up his efforts to launch the clothing line. That’s what brings him to Atlanta this week for two stops. On Wednesday, it’s as a guest star for Big Gay Game Show. On Thursday, he’ll stop by Boy Next Door from 6 p.m. to 8 p.m. to show off the t-shirts, sign autographs and do just about anything but dance shirtless on a box. He did that during his last visit to an Atlanta bar some years ago. “I am trying to sell t-shirts, so walking around a club with no shirt defeats that purpose. The money in porn is nothing like it used to be. I’ve been winding it down for a while now. I just haven’t been that verbal about it. That is my job now – to try and get people’s focus away from one thing and into the next. That is going to take some time,” Hazzard says. You might catch Hazzard in a new video, but think drag queens and Boy George. Hazzard struck up a friendship with the pop icon when, ironically, he was dancing on a box in a New York City gay club. A friendship blossomed, George asked Hazzard to be the face of his now-defunct B-Rude clothing line, and late last year, offered Hazzard a cameo in “You Ruined My Xmas” (video below). George directed the campy video featuring the drag troupe Supreme Fabulettes. And Hazzard is in London this week to shoot a follow up with George and the queens. “I’ve always been an art guy. Since I’ve been a little kid, I’ve always been creating stuff,” Hazzard says. Now it just happens to be G-rated. Top photo via Johnny Hazzard Central; bottom photo via Ruff Riders