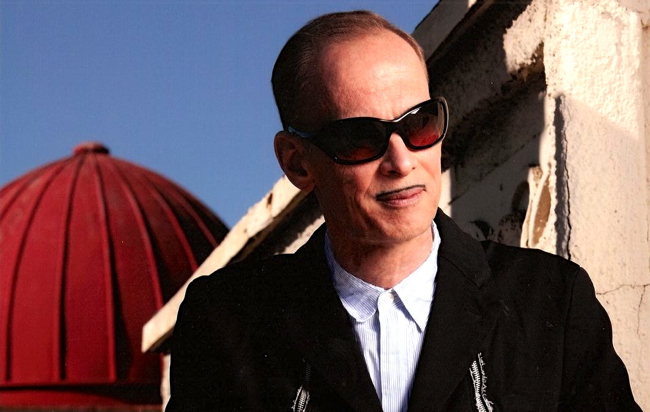 Legendary cult film auteur John Waters has gifted fans of the bizarre with delightfully sick cinema for decades with a slew of gay cult classics and unforgettable irreverence. So get ready for a one-man Christmas show like no other in Atlanta on Thursday at Variety Playhouse.

The gay icon and director first burst onto the scene with the 1964 short “Hag in a Black Leather Jacket.” Well known to legions of fans, he went on to write and direct films including, and by no means limited to, “Pink Flamingos,” “Female Trouble,” “Hairspray” and “Serial Mom.” And he’s done it while surrounding himself with his entourage of longtime friends – dubbed the “Dreamlanders” – including gay icons Divine, Mink Stole, Edith Massey, Debbie Harry and Ricki Lake.

Waters has also made a name for himself as a photographer, author, actor and stand-up comedian. In every medium, this self-proclaimed “Pope of Trash” spreads his gross-out gospel to the masses. For the last decade, Waters’ live one-man holiday comedy tour dishes on his crackpot Christmas obsessions.

Before he brings “A John Waters Christmas” to Atlanta promising to put the X in Xmas, we chatted with Waters about the seedy underbelly of Yuletide and what to expect at the show. 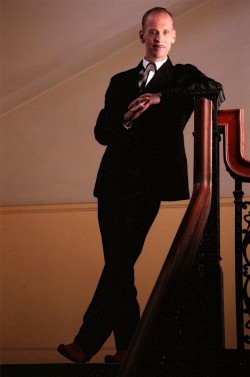 The sanctity of gracious Christmas gift exchange hasn’t been the same since Dawn Davenport (played by Divine) threw her epic cha-cha heels hissy fit in “Female Trouble.” Does her meltdown give us all permission to let loose on crappy presents?

I did it once when we used to give each other presents, like everybody had to bring a present to my Christmas party and there were a thousand presents there that everybody got for a nickel. One time I got a gift that I hated and I threw it out the window. I lived on the eighth floor, I could’ve killed somebody. It was a Rocky Balboa book.

A Christmas tree did fall over on my grandmother, so there were some basic truths in that scene. Nobody knocked it over on her, nobody was screaming “Fuck you!” But many people have felt like that, when the parents force you – especially when you’re a juvenile delinquent – when you have to sit there and suffer on Christmas. So there was a little bit of me and every teenager in that scene, I think.

I mean, you don’t want to hurt people’s feelings. The only thing to me is it’s obvious you know you have no interest in the item and it’s obviously been re-gifted, like some business gift you know they got at work. Then, you can throw it out the window, yeah.

I’m against gift cards too, because I believe that means you think the other person’s stupid. Like you’re so lazy you don’t spend time. The present’s about the time you spend finding it, not the amount of money. Even if it just costs a nickel. Even better is when you find some rarity, some first-edition great paperback book of a novelization of a terrible movie. God, that’s even better! You spend time to find that kind of stuff.

What are a few new Christmas traditions that you’d love to see started to freshen up the holiday?

I can’t really criticize the commerciality of Christmas since I have the Christmas tour, really can I? I’m not doing it for free. But I do love the idea of crackheads going caroling in your neighborhood, because you can’t call the police if they ring your bell and start screeching on crack “Silent Night.”

I go often alone to live crèches, which I find are the creepiest, eeriest, Diane Arbus moments of my entire life. Don’t let your child be in a live crèche with straw and candles and mules that can kick them and child molesters. Don’t go near those things! So I always sit in the park and feel like a pervert watching.

But you should be careful about letting your children sit on Santa’s lap, it’s a weird thing. And if the kid said he’s been good all year, you made a deal. Give him the fucking present! He was good. Don’t make him write another letter next year. Who gets those letters, I’d like to know.

Were you ever a fan of tacky old Christmas movies like “Santa Claus Conquers the Martians,” which featured one of your stars, Pia Zadora, in a child role?
Coincidentally, I have a brand new version of that that came in the mail yesterday. It just came out on Blu-Ray. I just opened it yesterday, freshly released! But “Christmas Evil” is the very best one. “Silent Night, Deadly Night.” Any of the ones that cause trouble. But I do think that “Christmas Evil” is definitely by far the best one.

There were a whole bunch of them. And when they came out – it’s a little hard to imagine today, but when they came out people went crazy. They would be so angry that someone made a horror movie about Christmas, but now it would be so normal. Nobody would complain. But I like the idea of any schmaltzy movie that is turned around and cannibalized and made insane. That’s what I’ve done my whole life. You know, you have the good taste of Christmas and you have to know the rules to have fun with bad taste.

It has been often written that you host unconventional holiday parties. What are those like?
I disagree that they’re unconventional. I’ve had a Christmas party for 40 years. It’s all my friends and my family, it’s catered, we have an open bar, Christmas decorations. It’s just a little weird what’s decorated. I have an electric chair decorated, I have Edith’s birdhouse [from “Female Trouble”]. I’ve always said that you should go around with a camera and take crotch shots of your relatives or go through your family’s scrapbook and find the ugliest picture of all your relatives and put each one on Christmas balls. It’s easy to do that.

There’s also the “A John Waters Christmas” CD that you put out, you’ve worked on the as-yet-unseen “Fruitcake” movie for years, and you’ve been doing this tour. Why are you so obsessed with Christmas?
Well, because it’s so melodramatic. You can’t ignore it, you can’t have no opinion about it. It’s a great stress financially and emotionally, or the opposite, or even a little of both. And I think that’s why I can help you get through the holidays if you come to my show, because I tell you how to deal with it. Even your parents – if you have a bad dysfunctional family or a loving one, there’s many rules. Even if you’re a criminal, it’s a great time of year because there’s more presents in the cars, and people get distracted and leave the doors open.

So we could conceivably see “Pink Flamingos” as a Christmas movie?
I won’t tell you. You’ll have to come to my show to find out!