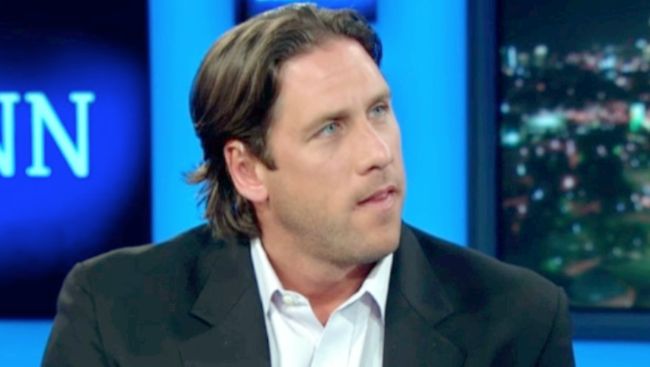 Silly John Rocker. He’s so cute when he talks about NAMBLA, Chick-fil-A and gay marriage in the same diatribe. But really, how did the former Atlanta Brave learn so much about man-boy love? Rocker’s been on something of a career resurgence of late, pitching his new book, a column for World Net Daily and attempting to convince CNN’s Atlanta gay Don Lemon that he’s not an anti-gay dick anymore. But his latest Pitching Politics column for WND, Time to Wake Up, America!, turns into a cheerleading piece for conservative ideologues to wake up, shrug off progressive critics and get back to oppressing anyone who doesn’t share his version of “conservative principles, ideologies and themes that have made up the very backbone of this great nation for generations.” That means you, NAMBLA. Curiously, Rocker includes the North American Man/Boy Love Association – the pedophile and pederasty group that’s considered a radical fringe organization at best by most every LGBT group – in his wakeup call to conservatives.

You can almost hear the thought rolling around in the liberal’s skull as he humorously listens to a voice of conservative thought: “Silly conservative. It’s so cute when they say stuff like that.” Other times – rapidly becoming the norm – we witness all-out assaults on conservative principles, ideologies and themes that have made up the very backbone of this great nation for generations. These assaults – largely promulgated by our beloved America-hating mainstream media, specified minority groups, along with an obnoxious array of special-interest factions, everything from NAMBLA to PETA – do nothing but weaken many of our nation’s core values while undermining the unity of the American people. Brother against brother.

So there you go. But Rocker’s not done yet. He goes on to trumpet the approval of California’s anti-gay marriage Prop. 8 vote and a Florida vote against gay marriage to show that “conservatives, we are not alone.” Funny, though, that just a few weeks ago Rocker came pretty close to espousing a hands-off approach when it comes to gay marriage:

Rocker’s also got an opinion about the recent Chick-fil-A dustup after the president of the Atlanta company, Dan Cathy, dissed gay marriage and “arrogant” LGBT activists.

Enough! The situation with Chick-fil-A spelled it all out using third-grade grammar. It was “politically incorrect” for Dan Cathy to exercise his American right to voice his opinion regarding gay marriage. It was politically “correct,” however, for the left to chastise, harass and verbally abuse a man and his organization with accusations of hatred, bigotry and discrimination. We all saw how the scenario played out when the right was called to defend one of their own. Chick-fil-A had the most profitable day in the company’s history last Wednesday with the organized Appreciation Day. (I don’t think Friday’s “kiss in” went over too well.)

Rocker gets it a bit twisted, as much of the outrage over Cathy’s remarks was aimed at their substance – it’s okay to discriminate against gay people – and not against his right to say stupid things. That’s sort of the point conservatives missed about the backlash over Cathy’s comments. Anyway, John Rocker and NAMBLA. Who knew?