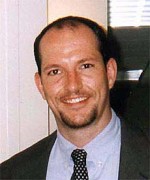 In this day of ceremonies marking the anniversary of the Sept. 11, 2001 terrorist attacks, Sen. John McCain invoked the memory of Mark Bingham during an event this morning.

Speaking in Shanksville, Penn., McCain called attention to the role the gay rugby player had in attempting to thwart the takeover of United Airlines Flight 93 before it crashed. McCain spoke for 90 seconds and his comments were carried live on CNN.

“The only means we possess to thank them is to try to be as good an American as they were. We might fall well short of their standard, but there is honor in the effort,” McCain said. “May god bless their souls.”

McCain honored Bingham in a eulogy just days after the attacks in 2001.

“I know he (Bingham) was a good son and friend, a good rugby player, a good American and an extraordinary human being,” the senator said. “He supported me, and his support now ranks among the greatest honors of my life. I wish I had known before Sept. 11 just how great an honor his trust in me was. I wish I could have thanked him for it more profusely than time and circumstances allowed.”

McCain’s full statement this morning from the Associated Press:

“No American living then should ever forget the heroism that occurred in the skies above this field on Sept. 11, 2001. It is believed that the terrorists on United Flight 93 may have intended to crash the airplane into the United States Capitol. Hundreds if not thousands of people would have been at work in that building when that fateful moment occurred, and been destroyed along with a beautiful symbol of our freedom. They and, very possibly I, owe our lives to the passengers who summoned the courage and love necessary to deny our depraved and hateful enemies their terrible triumph.

I have witnessed great courage and sacrifice for America’s sake, but none greater than the sacrifice of those good people who grasped the gravity of the moment, understood the threat, and decided to fight back at the cost of their lives.

I spoke at the memorial service for one of them, Mark Bingham. I acknowledged that few of us could say we loved our country as well as he and all the heroes of Sept. 11 had. The only means we possess to thank them is to try to be as good an American as they were. We might fall well short of their standard, but there is honor in the effort.

In the Gospel of John it is written, ‘Greater love hath no man than this: that a man lay down his life for his friends.’ Such was their love; a love so sublime that only God’s love surpasses it. I am in awe of it as much as I am in debt to it. May God bless their souls.”