Joe’s snubs one gay candidate for another 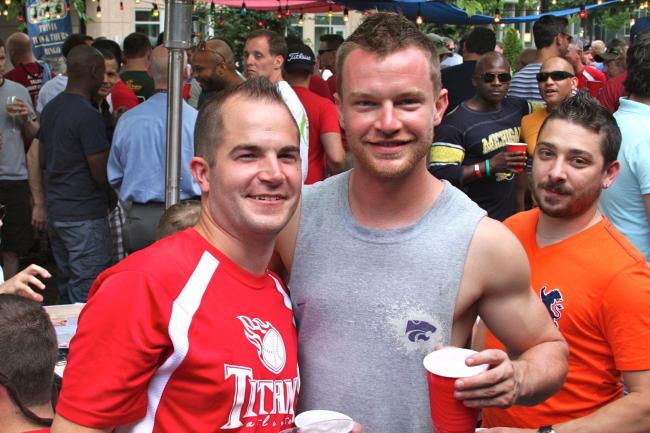 Patio popular but financially challenged Joe's on Juniper provided cash to an Atlanta City Council candidate, but it's not the beer busting gay one you might expect.

The eatery, steeped in bankruptcy with its parent company, still managed to scrap together a $722 donation to the Atlanta City Council campaign of Christian Enterkin. She's one of three LGBT candidates hoping to unseat progressive incumbent Natalyn Archibong for the District 5 post.

The donation to Enterkin was among the $13,242 in campaign cash she raised during the most recent financial reporting period. It's a snub to the campaign of Matt Rinker (photo, left), a gay property manager who's either thrown or partaken of several gay softball beer busts at Joe's. It's a popular spot for Hotlanta Softball League teams looking to tap a keg and pitch Jell-O shots to raise their own cash. Rinker's Titans hosted a patio party at Joe's in April.

What's also odd about the Joe's donation is that it went to a candidate in District 5. That's an area that doesn't come anywhere near the Midtown location of the restaurant and its gay-popular patio.

Archibong raised $20,105, far outpacing any of her LGBT opponents. Enterkin reported $13,242 in contributions, Rinker (photo left) listed $8,617 and Jon Jones had none. John Paul Michalik, the fifth candidate in the race, also reported no contributions.