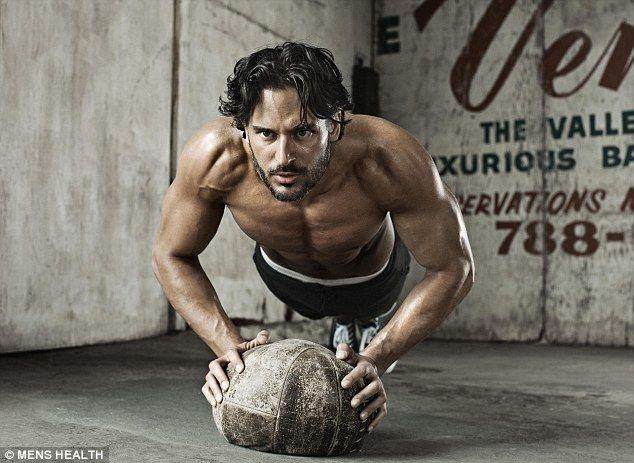 Move over, weather hunk Rob Marciano. There’s a sexier, newer guy in Atlanta, working out with the gays and giving them something fresh to gawk at while they pump their biceps: “True Blood” hottie Joe Manganiello.

Can we expect to see Manganiello pull a little “Magic Mike” at Swinging Richards or Bliss? Probably not. But the Morning Fix fave –we’ve featured his flesh, abs and more here here, here, here and even more here – is in Atlanta and turning heads at the gay saturated LA Fitness on 5th Street.

Yes, the gays are gawking, gasping and pining over Manganiello in Midtown. A gay gym bunny who works out there sounded the alarm Monday with a post to Facebook:

I think everyone at LA Fitness Spring Street tonight deserves medals for not having strokes when our brains made the realization that the insanely hot new guy was Joe Manganiello.

The 35-year-old actor hit Atlanta for his role in the Arnold Schwarzenegger action thriller “Ten.” The flick follows 10 DEA agents who stage a heist during an operation and then start dying off, one by one. Manganiello joins a cast that includes Olivia Williams, Sam Worthington and Terrence Howard.

A hunk’s gotta crunch his abs between takes, right? Right.

Manganiello is no stranger to Atlanta. He spent time here in 2011 shooting the film adaptation of the best-selling book “What To Expect When You’re Expecting.”