Jody Hice too toxic even for these Atlanta voters 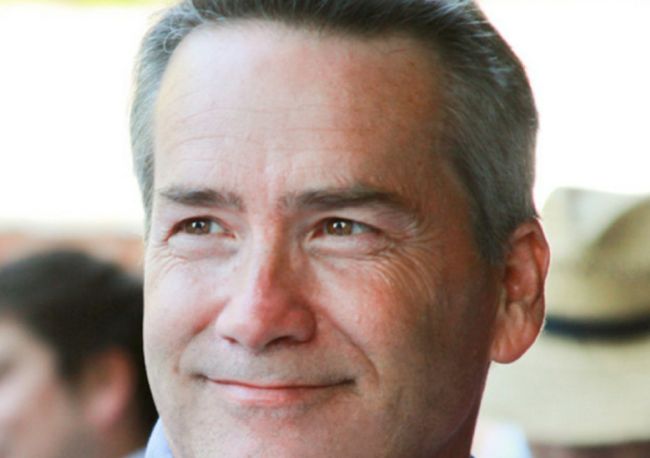 Pastor and radio ranter Jody Hice’s anti-gay ramblings are so toxic that even people in the conservatuve metro Atlanta Congressional district he wants to represent are telling voters to pick the other guy. He’s anti-gay, too, just not nearly as strident.

The whole affair in the Republican primary for the 10th Congressional District leaves some LGBT activists shaking their heads in disbelief. But come July 22, voters will settle the runoff between Jody Hice and Mike Collins. The winner faces token opposition in November from Democrat Ken Dious.

But Hice is so scary that an anonymous mailer (below) making the rounds in the district, which stretches from Gwinnett County to South Carolina and includes Athens, urges voters to hold their noses and pick Collins.

We, as citizens of the 10th Congressional District, cannot afford a congressman like Jody Hice. Why you ask? Here are just a few reasons why Hice is too radical to represent us in Washington.

Hice believes that gay people have a secret agenda to sodomize our children. In his book he also compares gay people to being the same as bestiality.

There’s so much more to Hice’s anti-gay rants, it’s not surprising that an anti-gay hate group endorsed him. An outtake from a recent AJC profile offers another whiff:

The Republican has also come under fire for some things he wrote about gays and same-sex marriage in his book.

In a chapter titled “Bigger Than Life,” Hice writes the “homosexual movement” is using anti-bullying proposals to protect itself while “aggressively seeking to destroy traditional families, religion and marriages.”

“By its very nature, homosexual behavior is destructive, although it is politically incorrect to say so,” he writes. “For us to buy into the erroneous assertion that homosexual behavior is natural and harmless will only reap devastating harm for an untold number of people who believe the lie and fall prey to its unavoidable consequences.”

Hice’s anti-gay rants are so offensive and dated that Jeff Graham, executive director of Georgia Equality, just waves them off in disbelief.

Jeff Graham, executive director of Georgia Equality — an advocacy organization for gays and lesbians — said Hice’s comments are homophobic and inaccurate, including the assertion in his book that gays have shorter life spans.

“These are myths and stereotypes that frankly are not even worthy of debate anymore,” Graham said. “They have been proven by numerous studies to just be inaccurate. It is a bias and a stereotype against gay and transgender people that is frankly so far out of step with the thinking of where Georgians and the rest of the country are today.”

Not that Collins is marching in the Atlanta Pride parade, either. He backs marriage as a joining of “one man and one woman” and that position is something he “will not negotiate on.”

Then again, he’s not saying the gays have “a secret plot to recruit and sodomize children,” either. 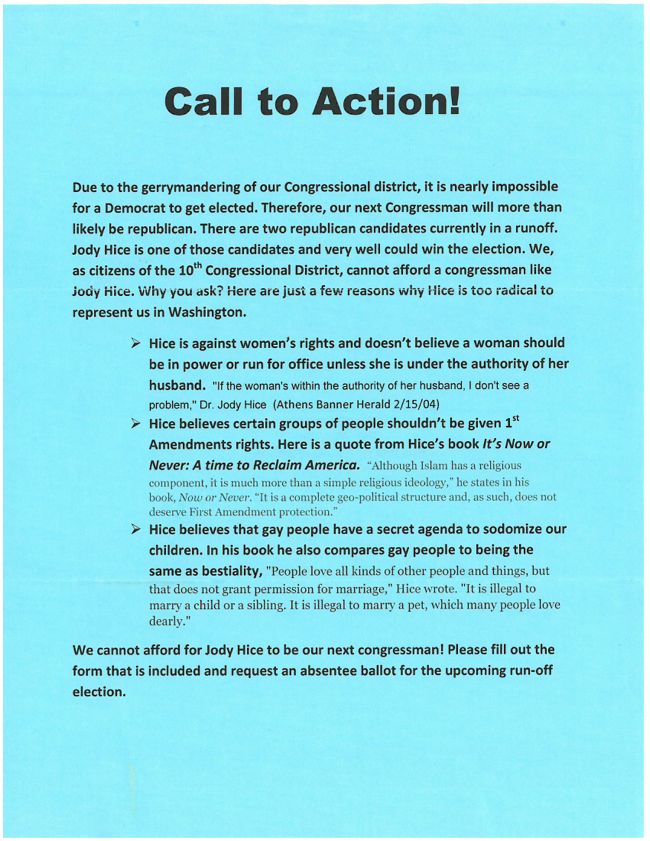