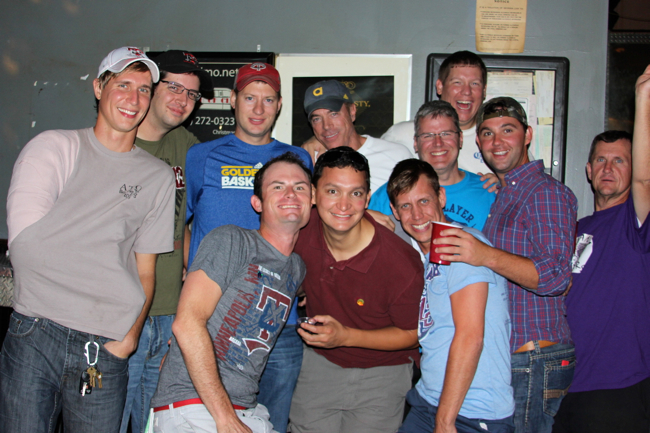 It seems like only yesterday that Hotlanta Softball League was wrapping up its season of big wins and uncountable beer busts. But it’s never too early for this gay Atlanta crew to start thinking about spring with a party for new recruits.

The gay jocks of HSL took to BJ Roosters on Sunday to recruit new players. Sign ups were accompanied by BJs dancers, shot specials, bottomless beer and raffles. So basically, it was business as usual even with the spring season months away.

About the time the months-long spring/summer softball players officially stopped beer-busting, then unofficially kept it up (twice) then no really this time put an end to OK one more 2012 HSL beer busts, some HSL players shifted to the Southern Softpaw League for some fall ball and yes, more beer busts.

They do play on the field just as hard as off, but seriously, how else would you expect a recruitment party to go? That’s what we thought.