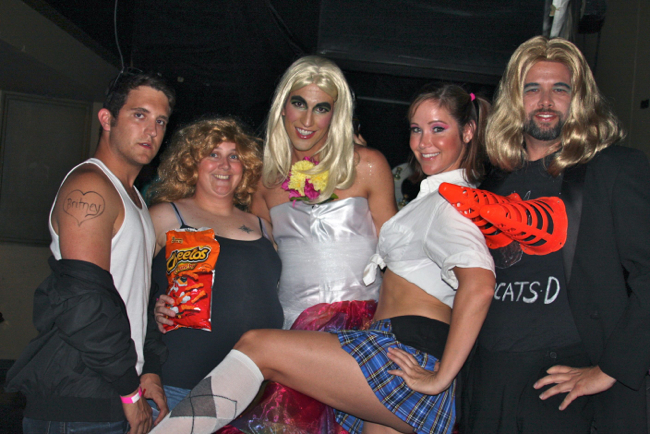 It wasn’t just another Friday night at Jungle. Hotlanta Softball League once again put its burly men in drag to strut their stuff and help fund Atlanta teams competing at the Gay Softball World Series.

Some were hot. Some… not. But all were in it for the fun as representatives from the local gay league’s teams competed in front of a rowdy crowd to become Ms. HSL 2012. First place went to Alvin Laws of the Venom and his alter ego Shakweefa Onyaface. Sliding into second was the Menace’s Michael Jackson as Auanetta Chrondrecia.

More than $3,500 raised went to fund HSL teams heading to the Gay Softball World Series, which takes place this year in Minneapolis-St. Paul in August.

Next up for HSL is this weekend’s annual Big Peach Softball Tournament, which welcomes teams from across the country. If you haven’t heard, that includes off-the-field play like Friday’s just-for-fun Mr. and Miss Big Peach talent and hot body contests during the registration party at Burkhart’s. Next up for the league is its perennially sexy Mr. Hotlanta Softball Hunk pageant on June 23. Here’s just how hot that’s sure to get.