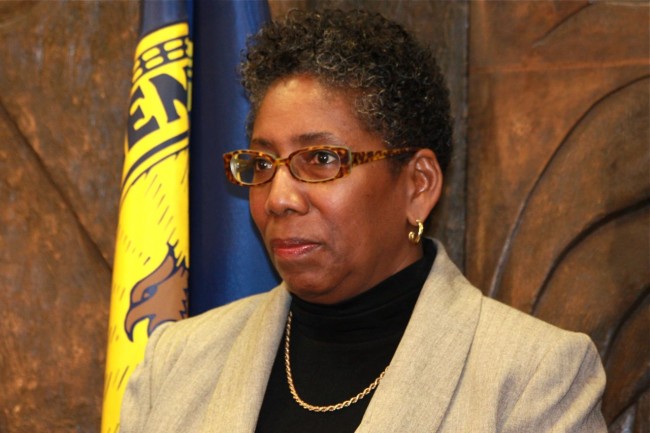 A longtime LGBT and community activist wants to trade her behind-the-scenes work for public office by becoming the first openly gay person elected to the Fulton County Commission.

Joan Garner (photo) on Monday officially announced her campaign for the District 6 seat on the commission, hoping to claim the post left open by Nancy Boxill, a gay-friendly incumbent who is retiring after more than two decades in office.

“One of the reasons I entered this race is to ensure that this diverse community continues to prosper and that it does so with the active participation of people from all walks of life across District 6 and beyond,” Garner says in a press release.

Garner comes to the race with deep political ties. She backed Mayor Kasim Reed in his campaign last year, serving on the host committee for at least one LGBT event for him late in a race that split gay and lesbian voters. In February, Reed appointed Garner to the search committee for the city’s new public works commissioner, making her one of five LGBT appointees to either Reed’s transition committee or search committees working to help the mayor hire police and fire chiefs, city attorney, public works commissioner and chief financial officer.

Garner also served on the transition team of Mayor Maynard Jackson, who later appointed her as a senior advisor on gay and lesbian issues. That appointment was the first high-level LGBT position created by an Atlanta mayor.

“Seeking public office is a natural progression for me,” Garner says in her campaign announcement. “From growing up during the dawn of the civil rights era, to a 20-year career in non-profits and as an active champion of social justice issues, I’ve always seen my vocation and my community service as one. There is essentially no difference for me. Serving my neighbors of District 6 as a Fulton County Commissioner would allow me to even better support the communities in which I so strongly believe.”

Garner opens her campaign with the backing of politically-tested LGBT supporters, including Ken Britt. The retired executive director of law firm Alston & Bird chaired the campaign of Alex Wan — who last December became the first openly gay man elected to the Atlanta City Council — and will serve as Garner’s treasurer. Wan’s campaign communications consultant, B. Andrew Plant, is serving in a similar role for Garner’s campaign.

“I’m excited about the prospect of helping Joan become the next Fulton County Commissioner for District 6,” Britt says in a press release. “I have known Joan for many years and she has always been someone on top of my list of potential candidates.”

“Joan’s not-for-profit management experience, coupled with years of service in the community, makes her the ideal person to serve in this capacity. Those of us acquainted with Joan know her to be smart, dedicated, well-grounded, hardworking and fair-minded. She is a consensus builder with a proven track record who can bring people together in an effective way, and will help lead Fulton County successfully forward,” Britt adds.

If elected, Garner would become the first openly gay person elected to the 7-member Fulton County Commission. Mitzi Bickers, a former president of the Atlanta Board of Education, came out as a lesbian during her 2003 run to become chair of the Commission, but lost. Bickers is now a management analyst in Reed’s office of Human Services.

Garner, who lives in the Old Fourth Ward with her partner of 11 years, also brings a host of community-based activism: She has served as president and CEO of the Historic District Development Corporation, a nonprofit organization that facilitates the preservation and revitalization of the Martin Luther King, Jr. National Historic District and other historic/preservation communities; executive director of the Southern Partners Fund, a public foundation committed to equal rights; co-director of the National Network of Grantmakers, which supports social justice work; and as executive director of the Fund for Southern Communities, which fosters social change in Georgia and the Carolinas.

District 6 includes Downtown and Southeast Atlanta, including an east-to-west border that runs from Moreland Avenue to Joseph E. Lowery Blvd.