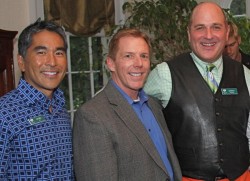 With just a few weeks to go before its signature fundraiser, Jerusalem House built a little anticipation by toasting its patrons and hosting a silent auction on Thursday.

The HIV non-profit ventured to the tony West Paces Ferry neighborhood for its VIP Party & Silent Auction, spreading its tasty noshes from local faves Hobnob, The Nook, Rosebud and Steel across an expansive dining area. Across much of the rest of the home were scores of silent auction items that dozens of guests considered while sipping cocktails thanks to Grey Goose, Jungle and Coca-Cola. Everyone needs a mixer, right? 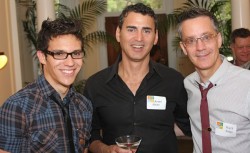 Thursday’s event comes ahead of Carnevale Four Seasons, which is set for Oct. 22 and promises an evening of dancing, food and the ever-popular costume contest to raise funds for Jerusalem House. Celebrity judges Ceasar Mitchell, Atlanta City Council president, and WSB personalities John Bachman and Linda Stouffer will be on hand to judge you – well, at least your efforts at making a costume.

Organizers moved Carnevale to the Four Seasons to avoid the weak electrical systems of the Biltmore Hotel that prompted power outages, fire alarms and an early closure of last year’s event. That didn’t stop nearly 500 people from enjoying the evening and shifting the fun to a nearby hotel.